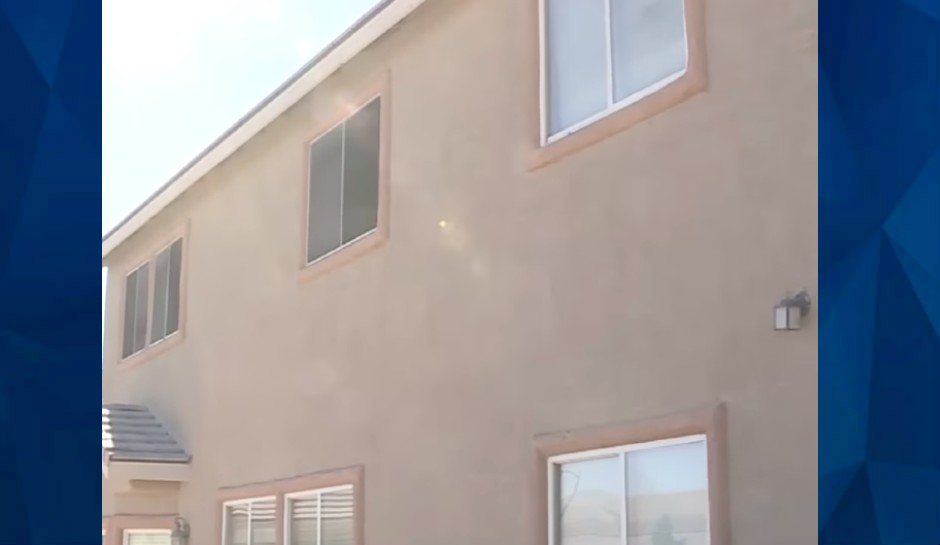 SEE IT: Starving Teen Escapes 2nd Floor Bedroom Where Mom Locked Her Inside For Over a Year, Gave Her Bucket for Toilet

Three people have been arrested for allegedly imprisoning a teenage girl inside a Nevada bedroom where she was starved and given only a bucket to use as a toilet, KLAS-TV reports.

On November 4, police were called to the North Las Vegas home after a neighbor reported that the teen was attempting to use a ladder to get back inside the house.

The neighbor told the television station that the 18-year-old teen, who has not been identified, “got out and jumped over to our backyard seeking water.”

The teen told the neighbor that she had climbed down from a second-story bedroom using sheets and clothes tied together so she could drink water from a hose.

The neighbor said she told the teen to call police, but that the teen felt no one would believe her, so the neighbor called authorities instead. Officers arrived around 3:30 p.m. and observed that the teen was at a second-floor window.

The teen’s mother, Addy Gonzales, tried to stop officers from entering the home and told them she would check on her daughter. However, police entered and saw that the teen was locked in a room with a deadbolt.

The teen told police that her mom gives her food only once each day after she comes home from work and that she feels like a prisoner.

Officers broke into the bedroom and found a box spring, bed frame and a black bucket “half full of what appeared to be urine and fecal matter,” police records state, according to KLAS-TV.

Authorities allege that the teen had been locked in the bedroom for more than a year, the television station reports.

Child protective services has a record of eight reports of alleged abuse and neglect at the residence, but investigators were allegedly unable to substantiate the allegations.

Police arrested Gonzales; the girl’s grandmother, Maria Pasarin; and Daniel Omezcua, a man who lived in the home. All three, who face false imprisonment and child abuse charges, were released from custody after their arrest and are scheduled to be in court on Monday.

Omezcua’s relationship with the women is not clear.

Gonzales, the teen’s mother, reportedly works for a local public school system as a family learning advocate. She has been placed on unpaid leave, according to the Las Vegas Review-Journal.

A 13-year-old child who also lived in the home was not physically harmed, KLAS-TV reports.