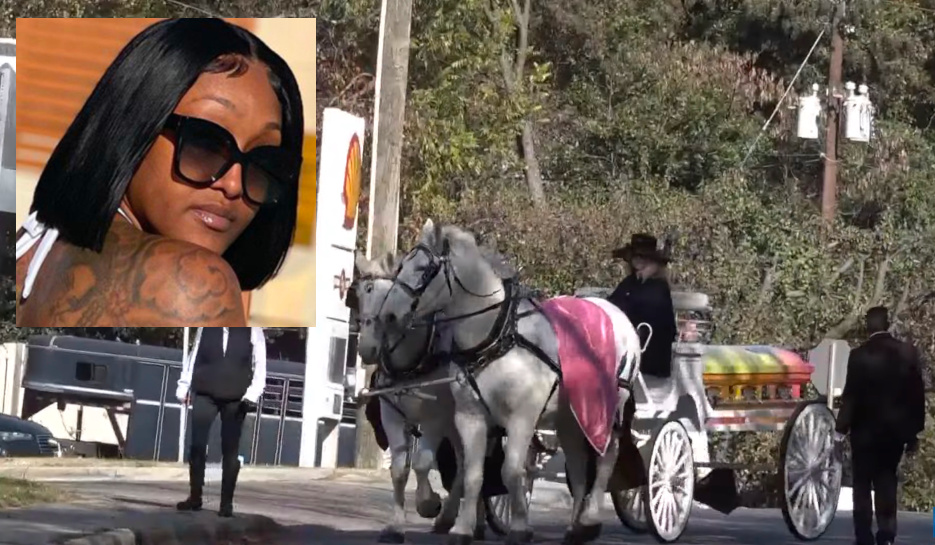 A 25-year-old woman who died mysteriously while on vacation in Mexico last month was laid to rest Saturday, but her apparent homicide remains unsolved.

Robinson was found dead on October 29 in the living room of the rental vacation property she was sharing with six college friends in Cabo San Lucas, Mexico, WSOC first reported. Her parents, Bernard and Sallamondra Robinson said the group had traveled to Baja California the day before. Sallamondra said she spoke with her daughter that night, but the next day, the friends called and said she wasn’t feeling well and that they were calling a doctor.

They told her it was alcohol poisoning.

And then, Shanquella Robinson was dead and the friends had hastily returned to North Carolina. An autopsy and death certificate say nothing about alcohol poisoning. Instead, Mexican officials said she died from “severe spinal cord injury and atlas luxation” — excessive movement between the first two vertebrae of the neck — and that her death was “accidental or violent.” The Baja California Sur attorney general’s office said it was investigating Robinson’s death, as is, now, the FBI.

This week, a video surfaced online that appears to show Robinson being attacked by another woman, while other people stand around. At least one person urges her to “fight back.” Sallamomdra Robinson told WSOC that her daughter is the person being attacked in the video and that the other people are the friends who went with her to Mexico. She believes the video was shot there.

“It was never a fight. She didn’t fight,” Sallamondra Robinson said. “They attacked her.”

To date, the friends’ stories have not been told. WSOC attempted to contact them, but the phone numbers of four of them had been disconnected, and the other two went to voice mail. The calls were not returned. The outlet’s reporter was also unable to contact them at their homes.

“You took my only jewel from me,” Bernard Robinson told CNN this week. “You put a big hole in my heart. The only thing I can do is fight for her; I cannot let her die in vain.”