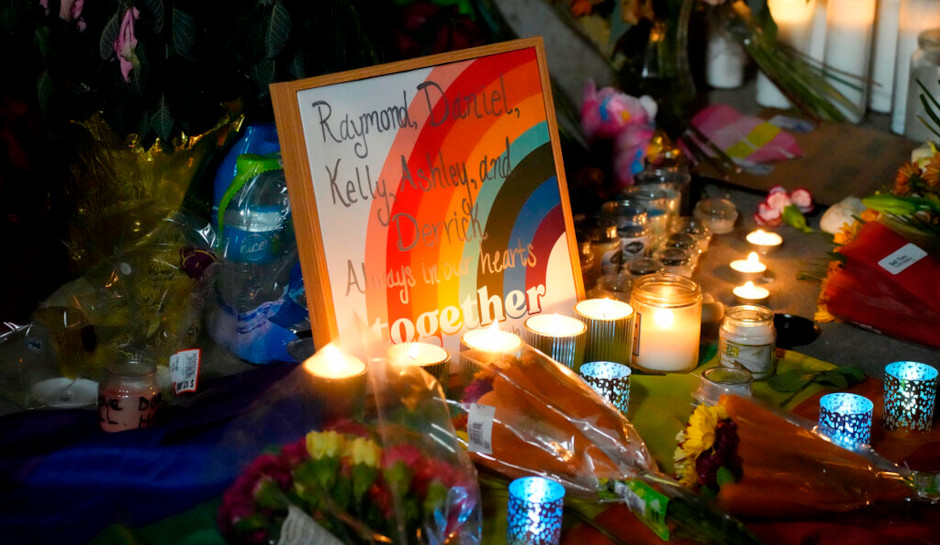 The 22-year-old man accused of killing five people and injuring 19 at an LGBTQ nightclub this weekend has been charged with five counts of first degree murder and five counts of bias-motivated crime causing bodily injury.

Anderson Lee Aldrich, who remains hospitalized after patrons of Club Q took him down and beat him with his own gun to stop the shooting, has not yet been formally charged, but he has been arrested and ordered held without bond, according to KMGH.

Police said Monday that 17 additional people were shot and two others were injured in other manners.

The shooting was stopped when Army veteran Richard Fierro, at the club with family for a birthday celebration, rushed the shooter and took him to the floor. Other patrons assisted in keeping Aldrich down until police arrived minutes later.

Aldrich, the grandson of outgoing California state assemblyman Randy Voepel, was apparently arrested last year after a lengthy stand-off in which he threatened his mother, law enforcement, and other people with a bomb and other weapons, the Gazette reported.

Aldrich was charged last year with two counts of felony menacing and three counts of first-degree kidnapping but no prosecution ever took place and the case records were sealed.

But footage obtained by The Gazette shows Aldrich threatening to blow a home “to holy hell.” Residents in the southeast Colorado Springs neighborhood were forced to evacuate from their homes during the standoff, police said at the time.

In the video, the suspect is wearing body armor and a helmet and carrying a rifle. He screams expletives at deputies outside.

The owner of the home said that Aldrich’s mother, Laura Voepel, rented a room there and that Aldrich appeared to have livestreamed his standoff from his mother’s Facebook account. Relatives who asked to not be identified told the Gazette that Aldrich was upset because his maternal grandparents, where he lived nearby, were moving to Florida.

“This is the day I die,” he told his mother in a doorbell camera video. “They don’t give a f*** about me anymore. Clearly.”

Police said they “did not find any explosive devices” after a search of the home, but firearms are clearly present in the video, as are Aldrich’s threats.

[Featured image: Candles stand near a sign with the names of victims of a weekend mass shooting during a vigil near the gay bar where the weekend shooting occurred in Colorado Springs, Colorado. (AP Photo/David Zalubowski)]