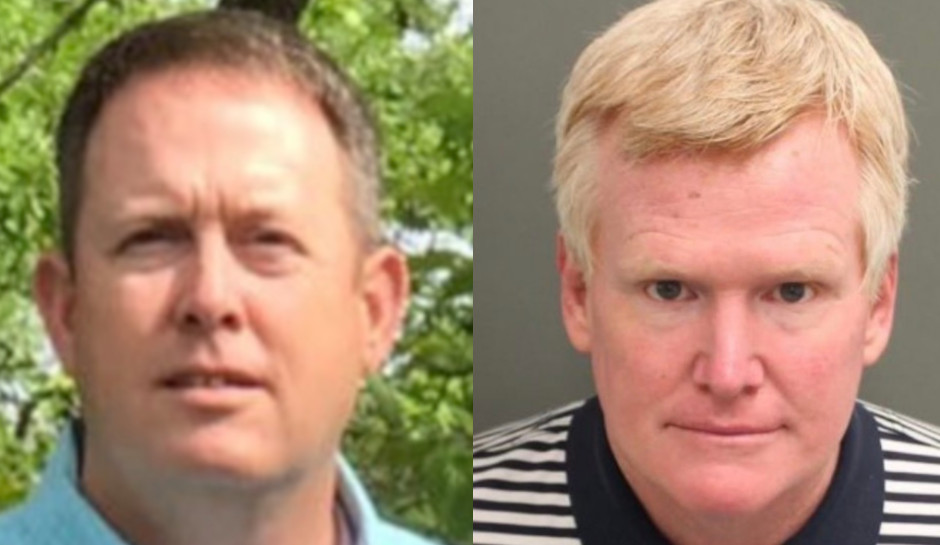 A South Carolina banker has been found guilty for his part in disgraced South Carolina legal scion Alex Murdaugh’s schemes to defraud clients of parts of their legal settlements.

A federal jury convicted former Palmetto State Bank CEO Russell Laffitte on wire and bank fraud charges. Each of the six charges carries a maximum sentence of up to 30 years in prison, CBS News reported.

Lafitte, 51, is free on bail until sentencing.

Laffitte’s trial was the first related to the downfall of Murdaugh, whose father, grandfather, and great-grandfather served as the elected solicitor in the area for nearly 90 consecutive years.

Murdaugh, 54, has been charged with killing his wife and son in June 2021. Maggie and Paul Murdaugh were found shot to death on the family’s hunting property in Colleton County, as CrimeOnline has reported. As investigators began looking at the murders, Alex Murdaugh’s fraud schemes began to surface, and he now faces almost 100 counts relating to money laundering, drug, charges, stealing  from clients and his law firm, and a botched suicide for hire scheme.

The investigation has cost him his law license and his freedom — he’s being held on a $7 million bond.

Laffitte testified in his own behalf during his trial, telling the jury that Murdaugh duped him into helping with the multi-million dollar schemes, according to CBS.

“He admits to doing it all,” defense attorney Matt Austin said in his closing statement. “He just doesn’t think he was committing a crime.”

Prosecutors countered that the scheme needed both to succeed.

Lafitte, whose family built Palmetto State Bank, was fired last year. His family and the Murdaugh family are both old money Hampton County, South Carolina, families that built dynasties. CBS said that more than a third of the witnesses in Lafitte’s trial were members of his own family, most of whom testified for the prosecution.

Lafitte was convicted on  one count each of bank fraud, wire fraud and conspiracy, and three counts of misapplication of bank funds. He still faces 21 counts of financial crimes in state court.