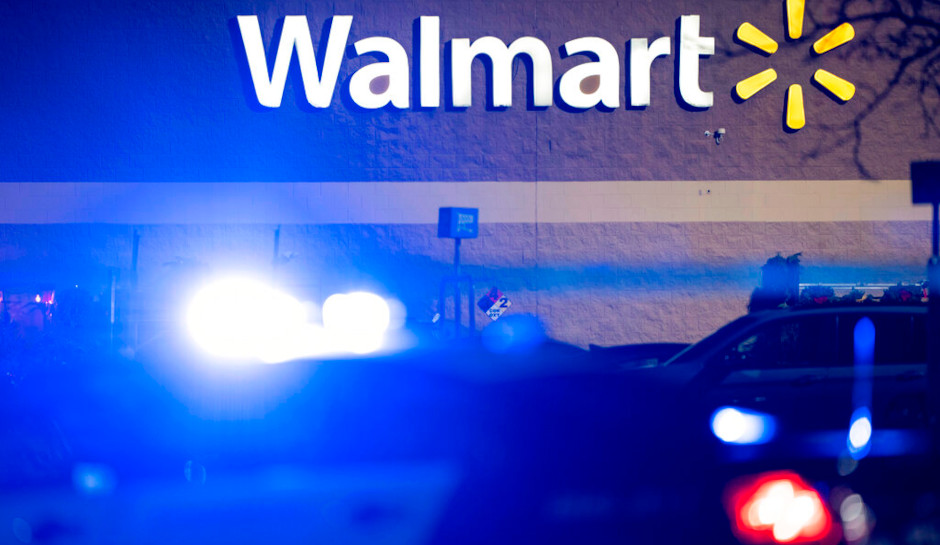 Walmart Mass Shooting: Gunman May Have Been a Store Manager

A Walmart employee entered a break room at a Virginia store Tuesday night and opened fire. By the time he turned the weapon on himself, 10 people had been shot.

Four were dead at the scene and two died at a hospital, while four more remained hospitalized — at least two in critical condition — by Wednesday morning, as CrimeOnline previously reported.

A witness told WAVY the gunman was a store manager, but police have not confirmed that detail.

The witness, who was on her fifth day on the job, said that 14 people were in the break room when the shooting started. The gunman appeared to target other managers, she said.

“It didn’t even look real until you could feel the gun go off,” she said. “I will never go back in that store again. I cannot. I can’t even leave my front door.”

Walmart issued a statement Wednesday morning saying the company is “shocked at this tragic event.”

“We’re praying for those impacted, the community and our associates,” the statement said. “We’re working closely with law enforcement, and we are focused on supporting our associates.”

Investigators have not released the names of the victims or the gunman, but Chesapeake Police Chief Mark Solesky confirmed the gunman was an employee and said he used a handgun and committed suicide.

“There is no clear motive at this time,” he said.

Calls about the shooting came in at about 10:12 p.m. — just after night shift employees had checked in and while the store was still open, police said. Officers were on the scene in two minutes, Solesky said.

The @VBPD is currently out assisting @ChesapeakePD with their investigation, questioning all employees who were inside at the time. One woman told me “This place is a family.” @WAVY_News pic.twitter.com/oQaLV7KmLy

Sentara Norfolk General Hospital said they treated five patients, two of whom died at the hospital. Two more were in critical condition, and another was in good condition. It’s not clear where the fourth wounded person is being treated.

Solesky said a SWAT team had executed a search warrant at the gunman’s home, the New York Times reported.

Jeromy Basham was shopping when the gunfire started, looking for tablecloths and cutlery for an office potluck.

“I thought someone had knocked over some huge shelf or something,” Basham, 47, told the Times. “It was a group of several really, really, loud identical noises, followed with no noise.” A few seconds later, he heard people yelling, “It’s a gun, get out.”

Support and outrage over the shooting came in from officials in Virginia and in Washington, D.C., where President Joe Biden called for “greater action” to put an end to the shootings.

Praying for the victims, their families and colleagues, and the Chesapeake community tonight. https://t.co/LSmRMVwCpM

“Because of yet another horrific and senseless act of violence, there are now even more tables across the country that will have empty seats this Thanksgiving,” he said.

Virginia Governor Glenn Youngkin said the state had “made available any resources as this investigation moves forward.”

“Heinous acts of violence have no place in our communities,” he added.

It was the second mass shooting in Virginia this month, after a former University of Virginia football player opened fire on a class returned from Washington where they’d been to see a play, killing three members of the team.