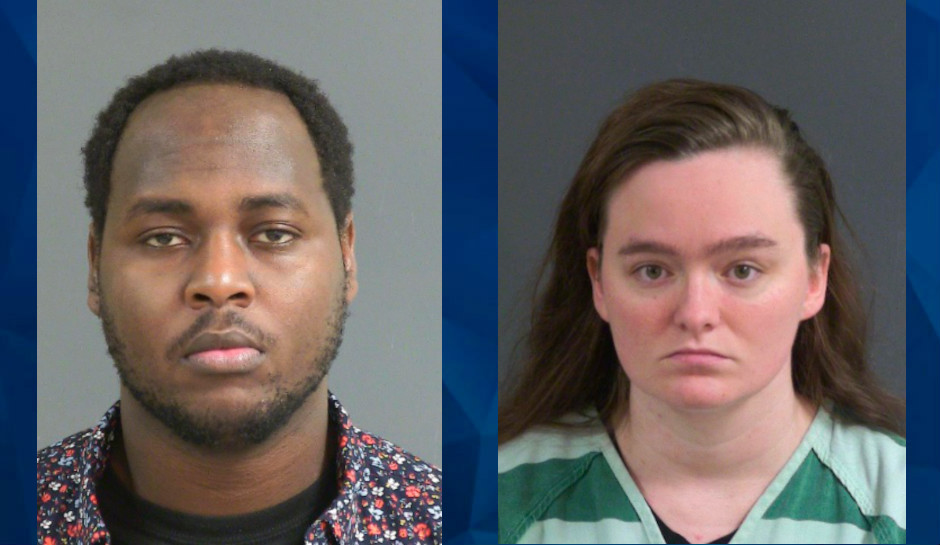 A South Carolina couple was arrested this week after they reportedly left their 2-year-old son home alone while they went to New York.

Charleston Police said they were called to an apartment complex on Folly Road at about 2 p.m. on November 17 by someone who reported a toddler alone in an apartment, WCBD reported.

The apartment manager reported being unable to contact anyone living in the apartment and so conducted “an emergency walk-through,” police said. The manager found the toddler sleeping on a bed in the living room and called police.

The boy woke up when police arrived and “immediately reached for his empty water bottle.” Officers said the child appeared to be in good health, albeit with a dirty diaper, according to the arrest report.

A witness told officers that the child’s father, 24-year-old Donald Gekonge, had texted saying he was in New York for business.

Police called in child services, who changed the boy’s diaper, put him on fresh clothes, and took him to Shawn Jenkins Children’s Hospital for an evaluation.

Meanwhile, police tried multiple times to reach Gekonge and the boy’s mother, 24-year-old Darline Aldrich, but were unsuccesful. Gekonge later called the apartment complex and spoke with an officer.

The court papers said that Gekonge initially told the officer he left the apartment at 6 a.m. that morning and was only “a few states away.” He later said he was in New York “on business” and that he didn’t know who was supposed to be taking care of the boy, although he said he assumed it was Aldrich.

In a third version of his story, Gekonge said Alrich was also in New York “for an emergency.”

Gekonge and Aldrich were arrested Monday and charged with unlawful conduct toward a child. Gekonge was ordered held on a $50,000 bond while Aldrich’s bond was set at $75,000. They both bonded out on Wednesday, according to jail records.