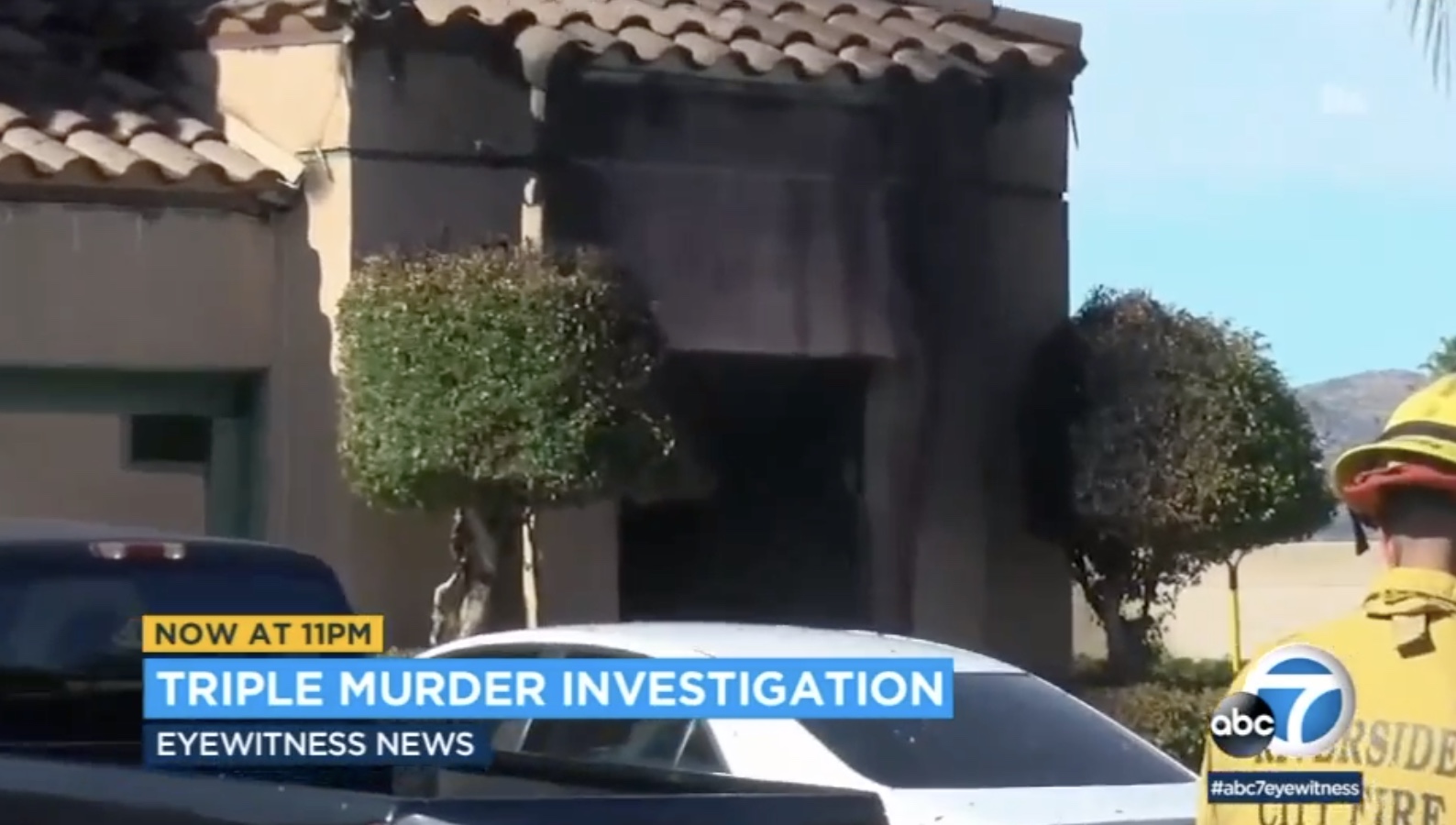 A man and two women were found dead Friday morning inside a California home after firefighters extinguished a blaze there, but investigators said there was “clear evidence” they were dead before the fire.

A suspect in the murders was later found in Needles, more than 200 miles away, and died in a “lethal force encounter” with San Bernardino County deputies, the Inland Valley Daily Bulletin reported on Saturday.

Riverside Police Officer Ryan Railsback said police were called around 10:30 a.m. on Friday because of a dispute happening outside the house between a man and a woman, KTLA reported.

“Before [officers] arrived and shortly after that call, some calls came into our dispatch center regarding a fire or smoke being seen at the same location,” he said. “The fire department arrived on scene first and during the course of extinguishing the fire, they notified our officers they found three people deceased inside the house.”

Fire Capt. Paul Seawright said the victims were found in a room where the fire was burning, according to the Daily Bulletin.

Railsback said investigators believed they were victims of a homicide but provided no further information. He said there was “clear evidence” they did not die in the fire.

San Bernardino County Sheriff’s Office spokesperson Gloria Huerta said the suspect in the murders was pronounced dead on the scene after an encounter with deputies later on Friday. She did not provide further details, but said a woman found in the vehicle with the suspect was safe with law enforcement — the same phrase used by Riverside police to describe the woman who was in the disturbance in front of the house that triggered the call to police. That woman was also said to have been located in San Bernardino County.

It’s not clear if they are the same woman. It’s also unknown if the woman found with the suspect was with him voluntarily or had been taken by force.

Railsback said that investigators were looking into her role in the case.

Investigators have not released the names of any of the people involved.