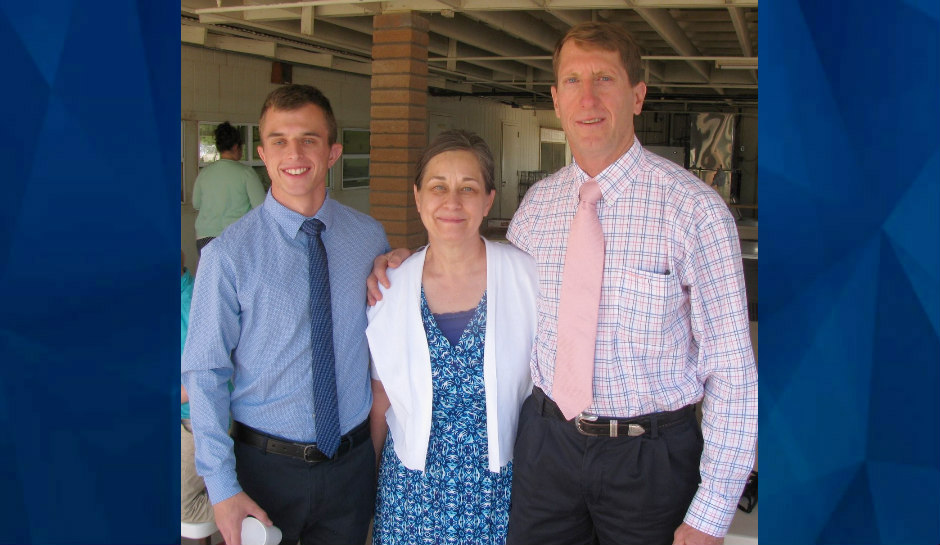 A New Mexico man is accused of murdering and dismembering his wife, whose remains were discovered by guests arriving for a Thanksgiving Day meal, KOAT-TV reports.

On Thursday, Darin Denio traveled to the Albuquerque home of his brother, Karlan Denio, who was hosting a Thanksgiving gathering with his wife, Connie.

When there was no answer at the door, Darin called his sister, Tami Pacheco, who then contacted the Albuquerque Police Department. Officers did not respond initially.

Darin then picked up Tami and they returned to the house, where they knocked on windows and doors before entering through the garage by breaking a door hinge, according to the Albuquerque Journal.

Inside, they found Karlan lying in bed while Connie’s remains were nearby on the floor. The remains had been dismembered and disemboweled, according to court records obtained by KOAT-TV.

“Karlan looked at (Tami), at which point (she) backed out of the residence and called police again,” the complaint reads, according to the Journal.

Police arrived around 1:30 p.m. and located Connie’s remains. Karlan was arrested for first-degree murder and treated at a hospital for lacerations to his neck and leg.

Relatives had last heard from Connie around 5:30 p.m. the previous day in a group chat about plans to gather at the home for Thanksgiving around 1 p.m.

Family members told investigators that Karlan was diagnosed with frontotemporal dementia two years earlier, KOB-TV reports. One study of people diagnosed with that disease found that they “are particularly prone to sociopathic behavior while retaining knowledge of their acts and of moral and conventional rules,” according to Law&Crime.

Neighbor Rich Cordova told the Journal that Karlan and Connie were “nice folks” with two grown children and often walked together around the neighborhood.

“I’m stunned,” Cordova told the newspaper. “That is unbelievable.”

In a Facebook post honoring Connie, one family member described her as “Young. Vibrant. Fearless.” The post included an image of Connie in a tree wearing a blue dress along with two small kids standing on branches.

“This is how I will always remember my aunt Connie,” the post reads. “Not afraid to climb a tree in a dress.”