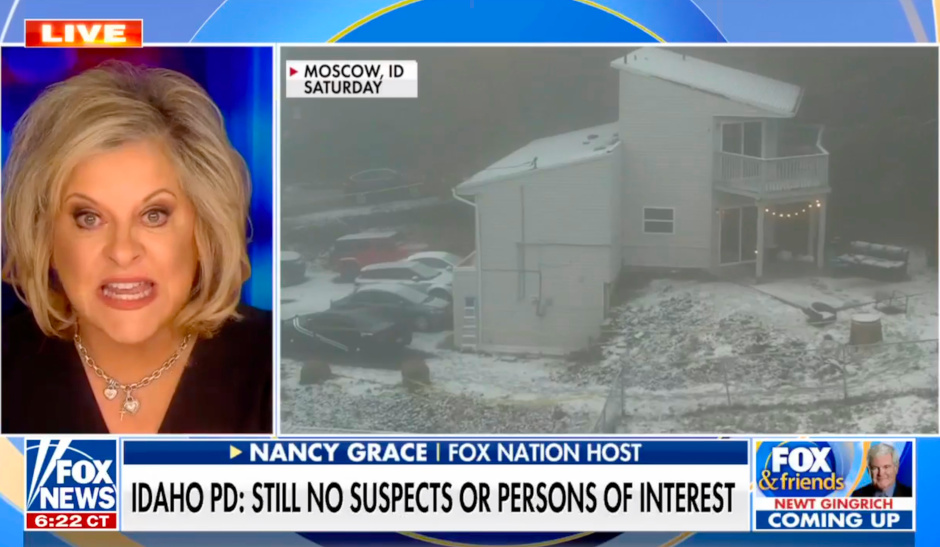 Nancy Grace: Idaho College Killer In ‘One of the Victims’ Circles’

CrimeOnline’s Nancy Grace isn’t concerned that police in Idaho haven’t named a suspect or found a weapon in the gruesome murders of four University of Idaho students two weeks ago.

She told Fox News that she “doesn’t agree” with online comments that police don’t know what they’re doing.

“Anybody who does think that, let me remind you that the Idaho State Police and the FBI are also on the case,” she said, noting one big complication that has largely gone unmentioned — a school football game that Saturday that brought an influx of 16,000 people in the stadium, just a mile away from the students’ off campus housing.

“Does that have anything to do with it? Probably not, but it’s another needle in a haystack for cops to sift through,” she said.

As for who did brutally murder Kaylee Goncalves, Madison Mogen, Xana Kerdodle, and Ethan Chapin, Grace says she believes “the killer was within one of the victims’ circles.”

For now, Grace reminds reporters that investigators’ duty “is not to spoon feed us the media.”

“Their duty is to solve this case,” she said. “So everybody back off.”