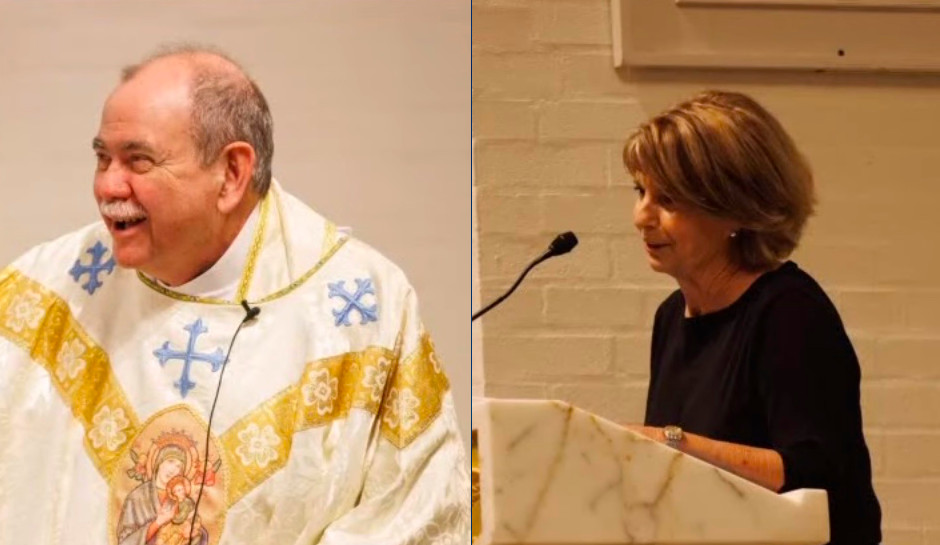 A retired Louisiana priest and a pastoral associate at his Covington church are missing, and parishioners at St. Peter Catholic Church fear the worst — that two burned bodies found behind a downtown business Monday morning are the Rev. Otis Young and Ruth Prats.

Covington Police have made an arrest connected with the bodies. Antonio Donde Tyson, 49, has been charged with murder, kidnapping, obstruction of justice, resisting arrest, and possession of stolen items in connection with the murder, the department said.

The victims were found, burned beyond recognition, at about 7 a.m. Monday morning when employees of the business arrived for work, police said. Identification of the bodies has not yet been determined, but parishioners gathered Monday night at St. Peter for a “Holy Hour,” WWL reported.

The Rev. Daniel Brouillette, current pastor of the church, said he was “unsettled and staying prayerful” as they await confirmation of the victims’ identities.

Young served at the church from 2012 until July, when he retired following a stroke and a heart attack, WWL said. Prats worked in the church office but also retired to care for him.

“Our hearts have been shattered by this unfathomable crime,” said Parish President Mike Cooper in a social media post. “We stand behind the Covington Police Department and St. Tammany Parish Sheriffs Office as they investigate this heinous action. Please join me in praying for the families and friends of the victims and the entire Covington community.”

Police had scheduled a news conference for Tuesday morning but announced on their Facebook page it had been postponed.