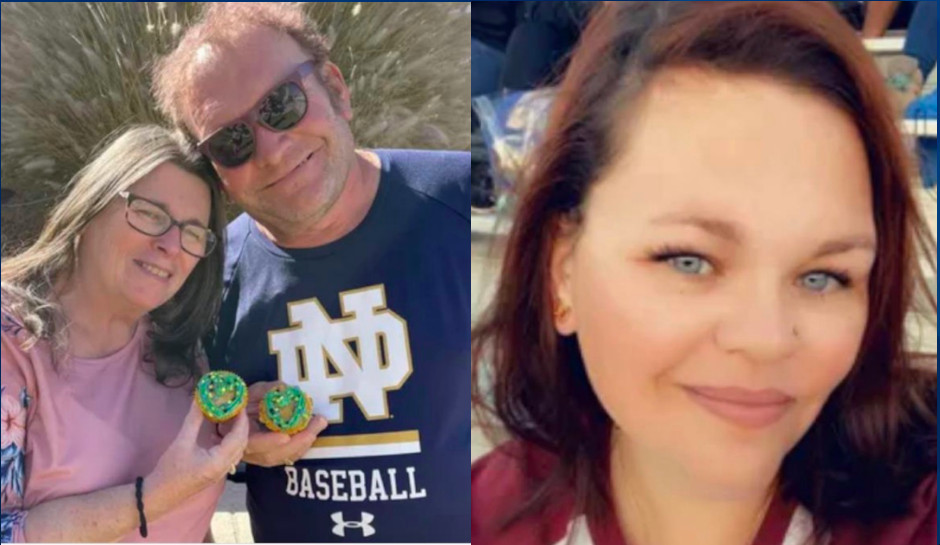 The Virginia sheriff’s deputy who catfished a California teen and murdered her family before setting fire to the house died from a self-inflicted gunshot wound.

Riverside Police Chief Larry Gonzalez said Wednesday that Austin Lee Edwards, 28, posed as a 17-year-old boy to get the 15-year-old girl’s personal information and then drove cross-country to her Riverside home after she stopped communicating with him when he asked her for nude photos,  The Press-Enterprise reported.

He parked in a neighbor’s driveway, as CrimeOnline previously reported, then went to the home of Mark and Sharie Winek and their daughter Brooke Winek, the teen’s mother, on Friday. At some point he killed the three adults and set fire to the home, then left with the girl.

Police were dispatched to the neighborhood on a report of a “girl who appeared distressed” getting into a car with a man. Minutes later, another report came in of a house fire a few doors down from the first report.

When police arrived, Edwards and the girl were gone. Firefighters extinguished the blaze, and the bodies of the Wineks were found inside. Brooke Winek’s other daughter was not at home.

Riverside police got Edwards’ license plate number from surveillance video in the Wineks’ neighborhood and ran the plate, learning he was a law enforcement officer and had recently filed a report about vandalism to his car, Gonzalez said. His phone number was on that report, and investigators used the number to track him into the Mojave Desert.

About three hours later, a San Bernardino County Sheriff’s Department helicopter crew spotted Edwards’ car in Kelso, some 180 miles from Riverside. Patrol deputies pursued, and during the pursuit, Edwards fired at the officers, striking a SWAT car. Edwards crashed a short time later, and the girl got out of the car. She was not physically harmed.

The coroner’s office said Tuesday that Edwards died by suicide.

“During Edwards’ short tenure with the department, he never exhibited any behaviors to trigger any internal administrative or criminal investigations,” Geller said.

Edwards resigned from the state department on October 28 and was hired on November 16 by the Washington County Sheriff’s Office, which said he was undergoing orientation before being assigned to the patrol division. Sheriff Blake Andis said he cleared a background check with no issues.

“It is shocking and sad to the entire law enforcement community that such an evil and wicked person could infiltrate law enforcement while concealing his true identity as a computer predator and murderer,” Andis said in a statement. “Our thoughts and prayers are with the Winek family, their friends, officers, and all of those affected by this heinous crime.”

Riverside police said they were still investigating whether the girl had met Edwards prior to Friday but said they don’t believe she was complicit in the murders of her family.