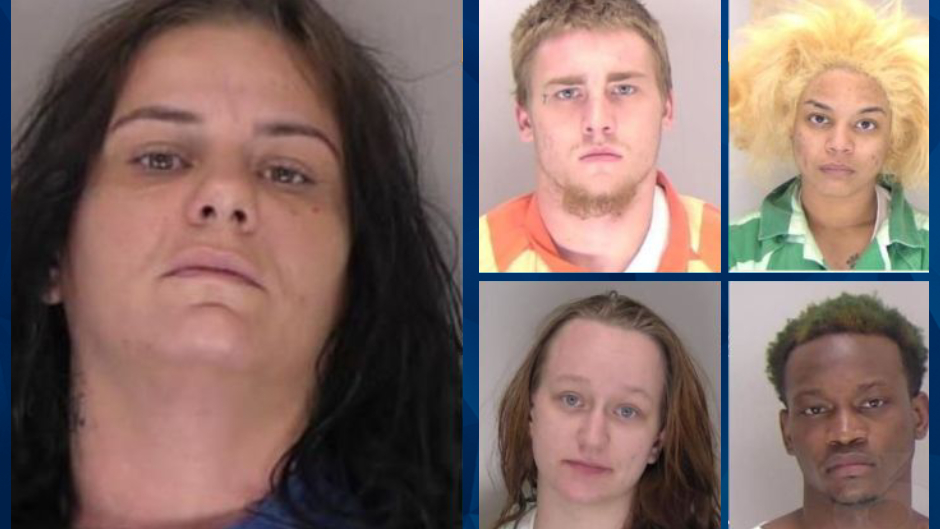 Georgia police arrested five people on Tuesday after an injured woman was discovered in a dog cage.

According to WJBF, Richmond County police found the 20-year-old victim while responding to reports of a kidnapping and false imprisonment. A man contacted the police after reportedly seeing the woman naked in the dog cage at Shawna Sue Powell’s home.

The woman was severely beaten after she asked the man for help. The man confronted Powell, 32, about the victim  — who Powell claimed “stole a bunch of stuff from me, so she is going to be my sex slave and I am going to pimp her out until she pays it off,” WJBF reported.

Someone else in the home allegedly stated that other people were on their way over, presumably to rape the woman. The man claimed at least two people in the residence were armed, including suspect Dawson Weston, 19. The man also said that someone pulled a gun on him upon entering the house because they did not know who he was, WJBF reported.

According to the news outlet, the man who called the police later identified the person who stripped the victim naked as Anjelika Figueroa, 29. Police detained Figueroa, Weston, and a third person believed to be Savannah Piazzi, 18, at a gas station in Hephzibah while they searched Powell’s home.

A fifth suspect, Demichael Dawson, 24, was taken into custody at Powell’s home before police found the victim lying in a bedroom. WJBF reported that the victim had a swollen, bruised eye and other injuries to her face. Police noted that human and animal feces were located throughout the home.

Powell eventually exited a room and told investigators she was asleep and asked what was going on. She was detained and the rest of the home was cleared without incident.

WRDW reported that three of the suspects have prior cases in Richmond County.