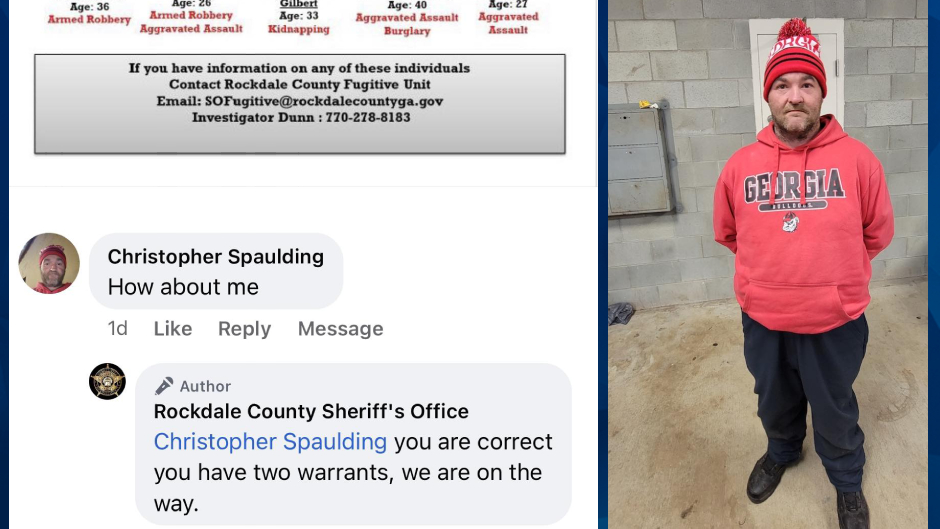 ‘How About Me?’: Fugitive Arrested After Asking Cops Why He Wasn’t on ‘Most Wanted’ List

A Georgia man was arrested this week on outstanding warrants after he allegedly questioned cops on social media about why he was not included on their “Most Wanted” list.

On Monday, the Rockdale County Police Department posted the list on their Facebook, which included 10 fugitives who are charged with various violent crimes. Christopher Spaulding reportedly commented on the post, “How about me?”

“You are correct you have two warrants, we are on the way,” the police department responded.

On Thursday, Rockdale County police posted an update that included a photo of Spaulding being arrested. They explained that Spaulding had two felony warrants for violating his probation.

“Our Top 10 is compiled based off of the severity of the charges only. By not being on this list does not mean our Fugitive Unit is not looking for you if you have an active warrant,” police also stated.