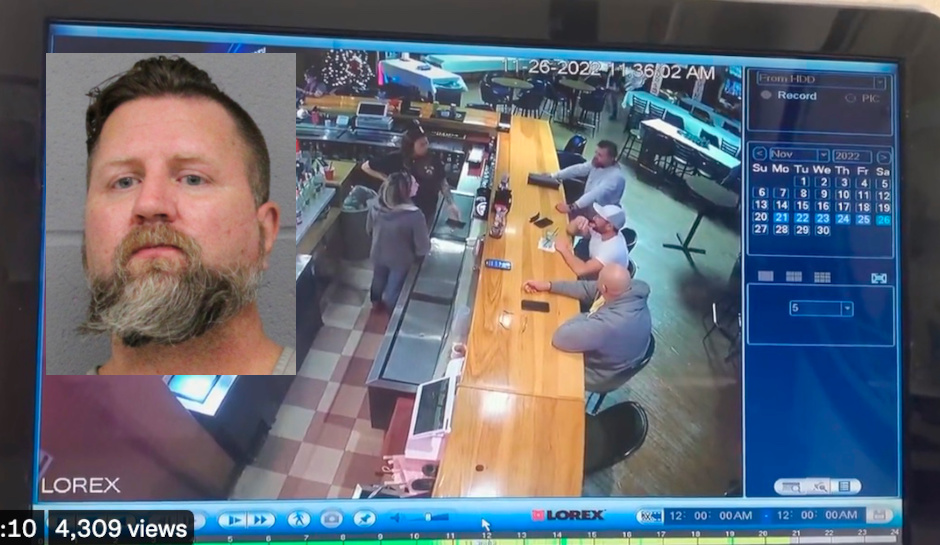 A Texas attorney caught on video trying to shoot his ex-girlfriend at her job was found dead on Wednesday, just days after he was released on a $40,000 bond.

Gavin Rush, 41, was fired from his job after surveillance video showed him enter the bar where his former partner worked, demand to speak with her, and then pull out a gun with a laser sight he centered on the woman’s chest when she refused, as CrimeOnline previously reported.

He fired at shot at her — and missed — as two bar patrons tackled him to the ground, then fired at least two more shots as he struggled with the two men on the floor. One of them said later Rush tried to put the gun to his own head, but the two heroes prevented him from pulling the trigger.

Fox News reported that Rush was found dead Wednesday afternoon by Austin police officers who had been asked to conduct a welfare check. A police spokesperson did not say how he died.

The woman told authorities that her relationship with Rush ended more than a month earlier and that she was moving on with someone new. Rush had been trying to rekindle the relationship, but when she stopped replying to his texts, he came to the bar where she worked.