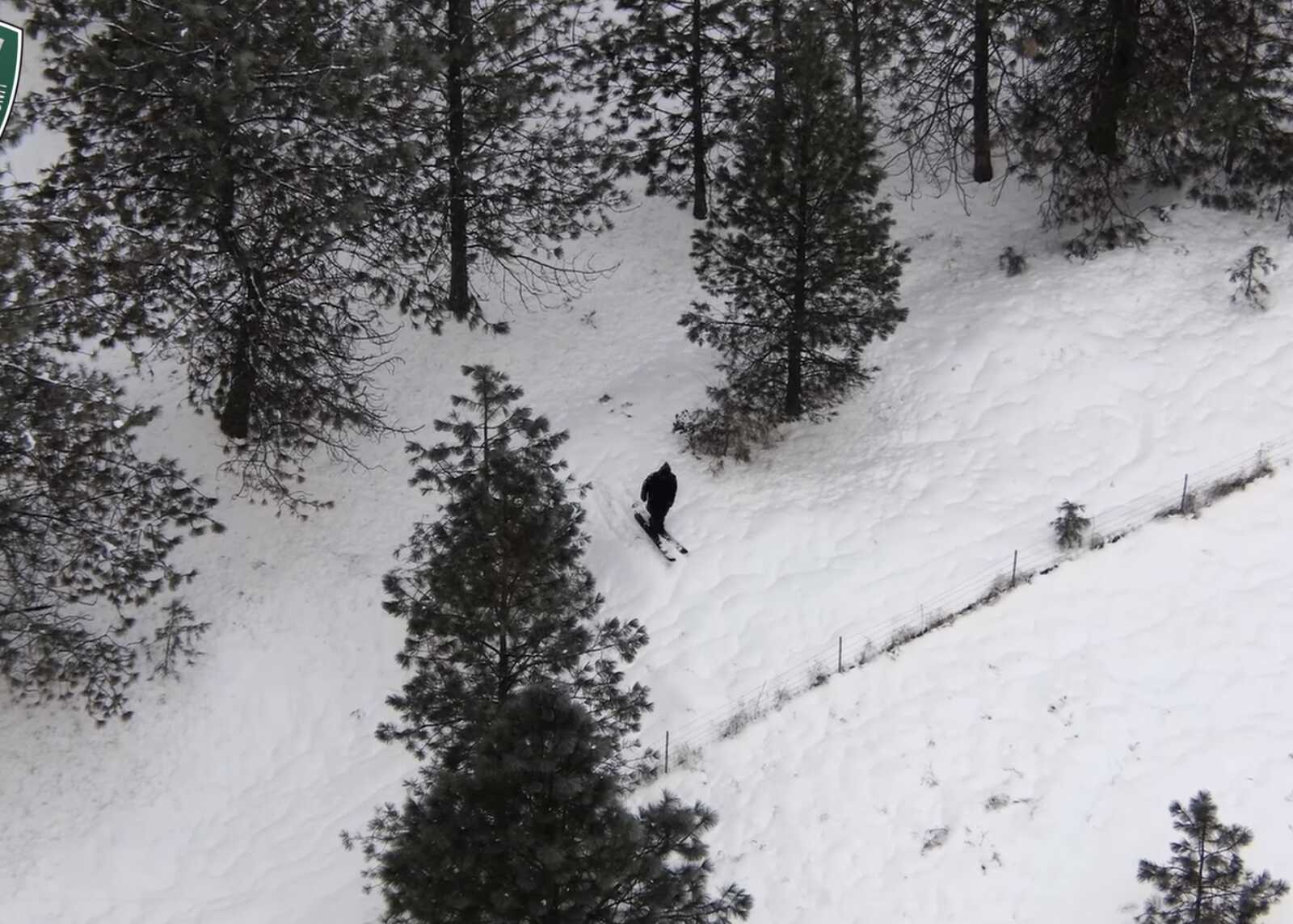 Police used a drone to track a fleeing murder suspect Friday as he tried to ski away from officers trying to arrest him.

Spokane Police said they initially responded to reports of a shooting Thursday afternoon and found a man dead from gunshot wounds. They identified the suspect as 33-year-old Mitchell Chandler and set out to find him.

They located Chandler on skis in the same area as the shooting Friday morning  and sent a drone from the Spokane Regional Air Support Unit to track him until SWAT members could catch up to him. He was arrested at about 10 a.m.

Court documents named the victim in Thursday’s shooting as Douglas Brant, a home health care nurse at the home to provide care for Chandler’s grandmother, the Spokane Spokesman-Review said.

According to those documents, Joan Chandler told police that Brant arrived at about 1:30 p.m. on his first visit to the home she shares with her husband, Willard, and her grandson. She said she, her husband, and Brant were in the living room, while Mitchell Chandler was in the kitchen cooking.

She said the three of them spoke for about an hour and she heard three loud booms before Brant said, “I’ve been shot.” She told police that Brant set his computer down and tried to stand, but collapsed onto the floor. Willard Chandler went to help him, then got up to find his grandson for help.

The documents say that Mitchell Chandler came into the living room, stood over Brant, and shot him again. Joan Chandler said she tried to speak to Mitchell, but he walked away without a word.

After he left, she called police.

After his capture, Chandler was charged with second degree murder and ordered held on a $1 million bond. Police said there was no evidence he had ever met Brant before.