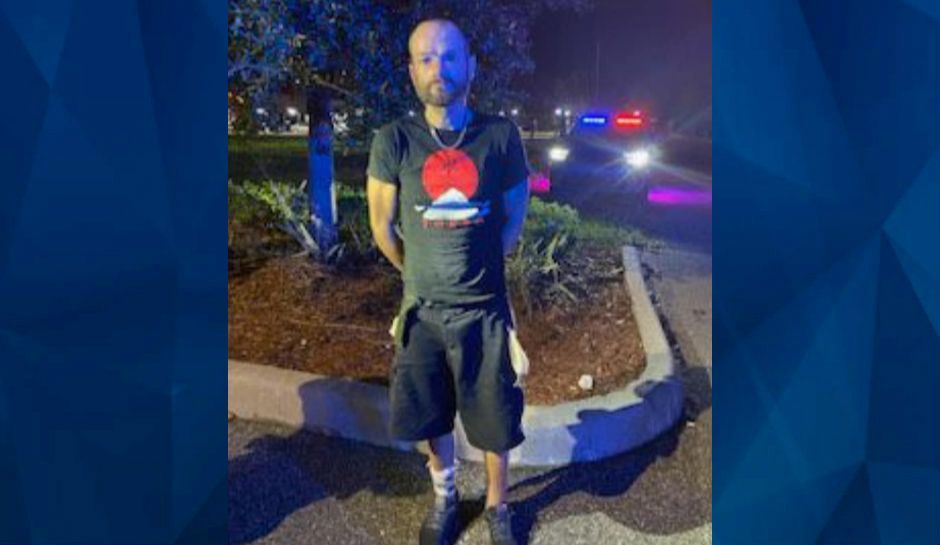 A Florida man chose the wrong place and time to go shoplifting, according to reports.

The man, whom police identified only as Brad, is accused of trying to steal from a Walmart in St. Cloud, Florida.

The problem: Brad allegedly tried to take the items while the store was filled with dozens of law enforcement officers for a “Shop with a Cop” event, FOX 35 reports.

“Seriously we just can’t make this up,” the Osceola County Sheriff’s Office said in a social media post on Thursday. “Brad decided to steal from our good neighbors and partners at Walmart in St. Cloud while we were conducting the Shop With a Cop event with the children of our community. Bad news, Brad!”

“The store was full of deputies, almost 40, beside the forensics team, the community services team, the CSOs, the OCSO Majors, and Sheriff Marcos R. Lopez. Bad idea, Brad.”

Among the items that Brad allegedly attempted to steal was a perfume bottle, according to the Miami Herald. The sheriff’s office’s social media post garnered significant snark from commenters.

Said another: “He didn’t know you guys were going to be there (sarcasm), he thought it was going to be a regular shoplifting day for him. Two jobs at the same time, arresting him and teaching the kids why you shouldn’t do that!”

It is not clear how Brad missed the various law enforcement vehicles parked outside the store and the numerous uniformed officers roaming inside, according to video of the event posted by the sheriff’s office.