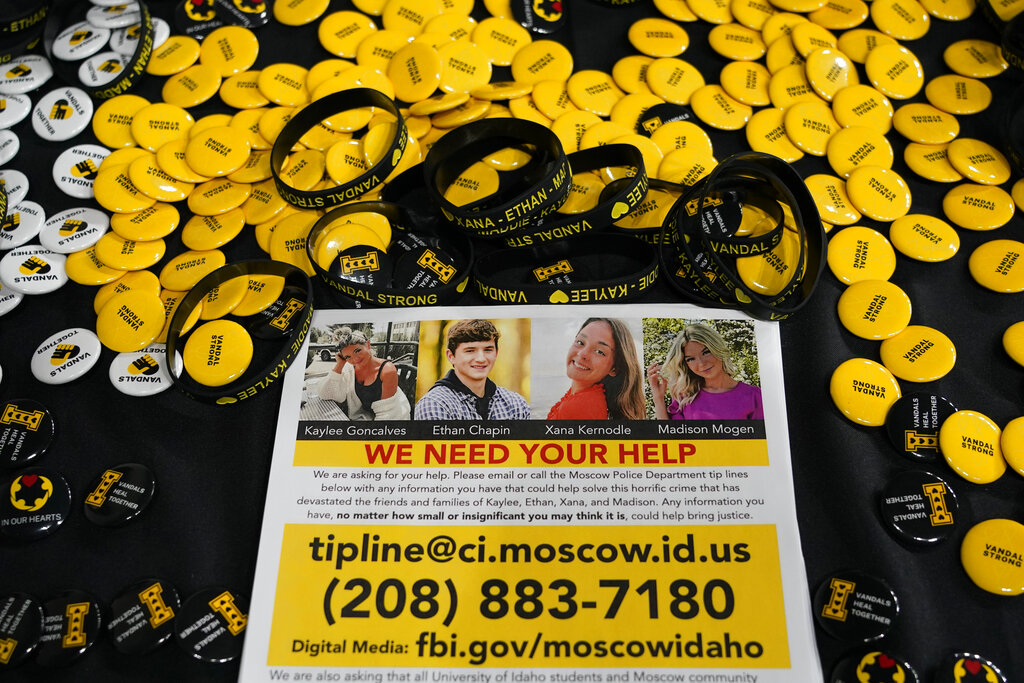 The father of one of the University of Idaho students murdered in their off-campus home last month worked on a lock at the residence shortly before the slayings, NewsNation reports.

Cara Denise Northington, the mother of victim Xana Kernodle, told the news outlet that Kernodle’s father was at the house in the first week of November to repair or work on a lock.

It was unclear whether the lock at issue was on the home’s exterior doors or one of the bedrooms inside the house, which reportedly has six bedrooms, each rented individually by students.

Kernodle, her boyfriend Ethan Chapin, and roommates Madison Mogen and Kaylee Goncalves were fatally stabbed in the early morning hours of November 13. Investigators believe the slayings occurred between 3 and 4 a.m.

As CrimeOnline previously reported, a former tenant of the home said the bedrooms in 2019 had coded locks, but recent social media photos indicate that some of the locks may have been changed.

Northington told News Nation she believes the victims may have known the assailant.

The grieving mother added: “It just doesn’t make sense. None of this makes sense. It had to have been somebody they trusted.”

Two roommates who were on the first floor were not attacked by the intruder, and police say they do not believe the surviving roommates had anything to do with the murders.

Authorities have not yet identified any suspects in connection with the killings.

[Featured image: A flyer seeking information about the killings of four University of Idaho students who were found dead is displayed on a table along with buttons and bracelets, on Nov. 30, 2022, during a vigil in memory of the victims in Moscow, Idaho. It’s been nearly three weeks since four University of Idaho students were found stabbed to death in a home near campus, but there are still more questions than answers surrounding the investigation. (AP Photo/Ted S. Warren, File)]