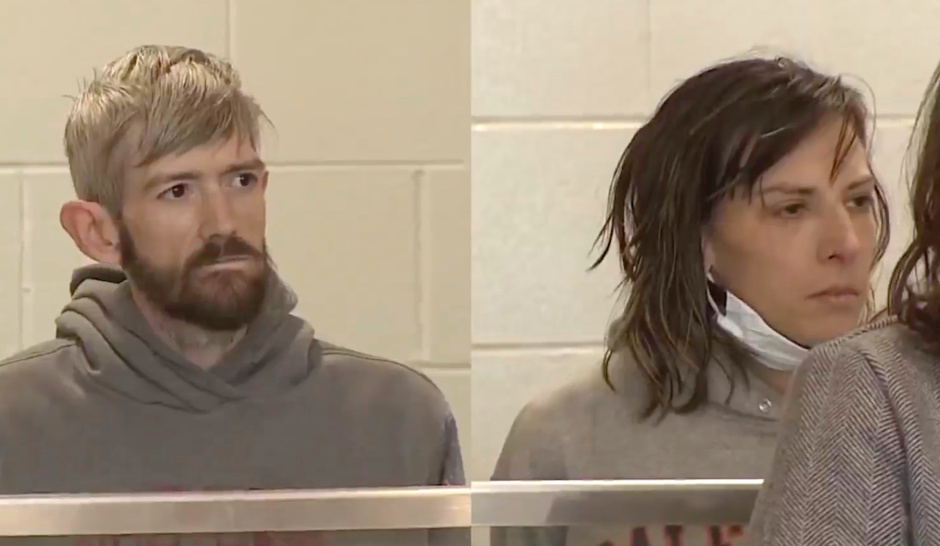 A Massachusetts couple has been charge with kidnapping after a man was found dead in a chest freezer in the basement of their home in Lowell.

Michael Burke and Samantha Perry, both 38, entered not guilty pleas at their arraignment on Monday, WCVB reported.

Neither court paperwork nor police identified the victim, said to be a 37-year-old man who struggled with opioid addiction who lived with Burke and Perry. Police found him after his family reported he failed to show up for Thanksgiving dinner.

Perry initially denied police entry to the house, but they returned with a search warrant and found the body, WYCN said.

Court documents say that Perry and Burke admitted they attacked the victim on November 23, binding him to a chair and duct-taping his mouth, according to WCVB.

“(Perry and Burke) forced (the victim) into a wooden chair and then bound him, binding his arms, body and mouth with wire, a green rope, an orange tie down strap and gray duct tape,” the document said.

But, the couple said, a third person used the green rope to strangle the victim. Burke and Perry put the body in the freezer, the document says.

The documents say the third person forced Burke and Perry to participate at gunpoint.

“It’s the very beginning of what looks like a very complex situation that arose here in Lowell,” Stanley Norkunas, Burke’s defense attorney, told reporters. “I don’t know much more than all of you would know at this point in time. We’re collecting a number of facts on that.”

Authorities said they are still investigating the cause of the man’s death but say they found evidence inside the home to support the defendants’ claims of binding and gagging him, the Boston Globe reported.

Perry reportedly identified the third person involved in the incident, but the name as redacted from the court documents.

The Chief Medical Examiner will positively identify the man and determine the cause and manner of his death.