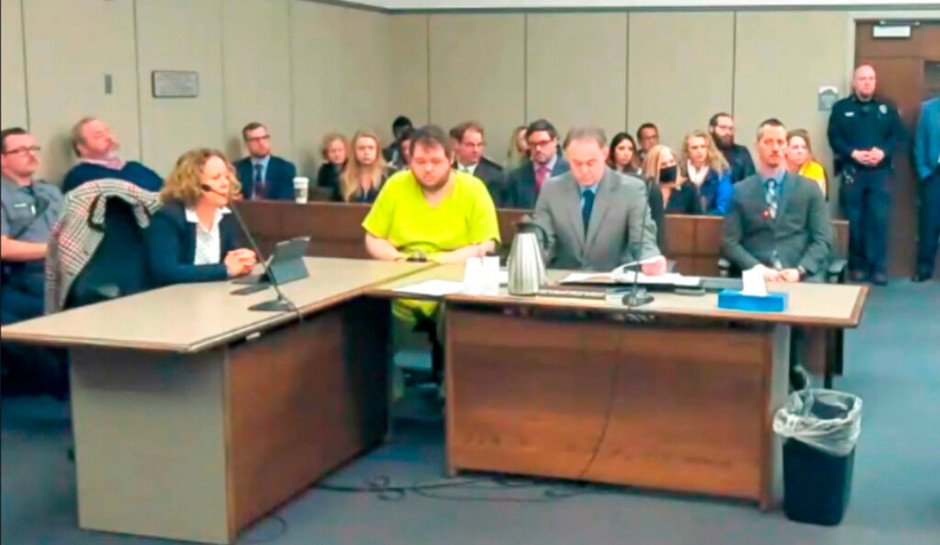 Records from the June 2021 arrest, which charged Anderson Lee Aldrich with five felonies, were unsealed this week.

The suspect accused of killing five people and wounded 17 others at a Colorado LGBTQ bar was arrested last year for multiple multiple after a long standoff with SWAT teams, but the case was dismissed because Anderson Lee Aldrich’s relatives — the victims in the case — refused to testify.

Aldrich, who claims to be non-binary and uses they/them pronouns, was charged this week with 305 criminal counts in the Club Q massacre.

On Thursday, authorities unsealed the records from Aldrich’s June 2021 arrest, clearing the way for District Attorney Michael Allen to explain why the case was dropped, NPR reported.

Allen said that Aldrich’s grandparents and mother — the primary victims of the kidnapping and shooting and bomb threats made that day — were unwilling to testify, successfully avoiding a subpoena service sent to them. The inability to convince witnesses to testify also pushed the case up against Colorado’s “speedy trial” law. Prosecutors requested two delays, but in July 2022 — three weeks ahead of the deadline for completing a “speedy trial” under the law — the judge granted a defense motion to dismiss the case.

Media and the public questioned why the case was dropped in the aftermath of the Club Q shooting, but with the records sealed, no one could provide an answer. But Fourth Judicial District Court Judge Robin Chittum — the judge in the case — unsealed the records against the wishes of Aldrich and the suspect’s mother, Laura Voepel.

“No one gave up on this case. We were fighting until the very end,” Allen said.

“Whatever led to the victims not cooperating in that … case, I can’t tell you,” Allen said, according to CNN. “I can only tell you that they didn’t cooperate, and it led to the dismissal of that case. But this office absolutely prosecuted it. We prosecuted it until we couldn’t prosecute it any longer, and it would not have prevented the Club Q shooting.”

“The only way that it would have prevented the [Club Q] tragedy is if the witnesses actually were present at trial, testified and somebody was convicted,” he added.

According to the now unsealed records, Aldrich was angry about plans by Pamela Pullen, Laura Voepel’s mother, to move to Florida. The documents say that during a family meeting to discuss the plans, Aldrich loaded bullets into a Glock handgun and pointed it at the grandparents and said, “you guys die today.” The Club Q defendant later carried a box of chemicals into the room, claiming it was a bomb, NPR said.

After the grandparents fled in a car, Aldrich drove to Voepel’s home. Meanwhile, Pullen made the call to 911, saying she was “living in fear” of Aldrich, who collected ammunition, firearms, and bulletproof armor to further plans to become the next mass shooter, the arrest records say.

After an hours-long standoff at Voeple’s house, Aldrich was arrested and ordered held on a $1 million bond. Family members described Aldrich as loving and bright at the bond hearing.

And then the family members backed away, eventually resulting in the case being dismissed and the records sealed.

At Thursday’s press conference, reporters asked Allen why Colorado’s red flag law didn’t trigger for Aldrich. And that, too, was because the case was dismissed.

“The legal ability Aldrich had to acquire firearms following the dismissal of the previous case and the [mandatory protection order triggered by the felony charges] can only be addressed legislatively,” the El Paso County Sheriff’s Office said in a statement. “It most certainly is not a situation with which to indict the El Paso County Sheriff’s Office for wrongdoing or inaction in this case.”

Aldrich has yet to enter a plea for the 305 criminal charges.