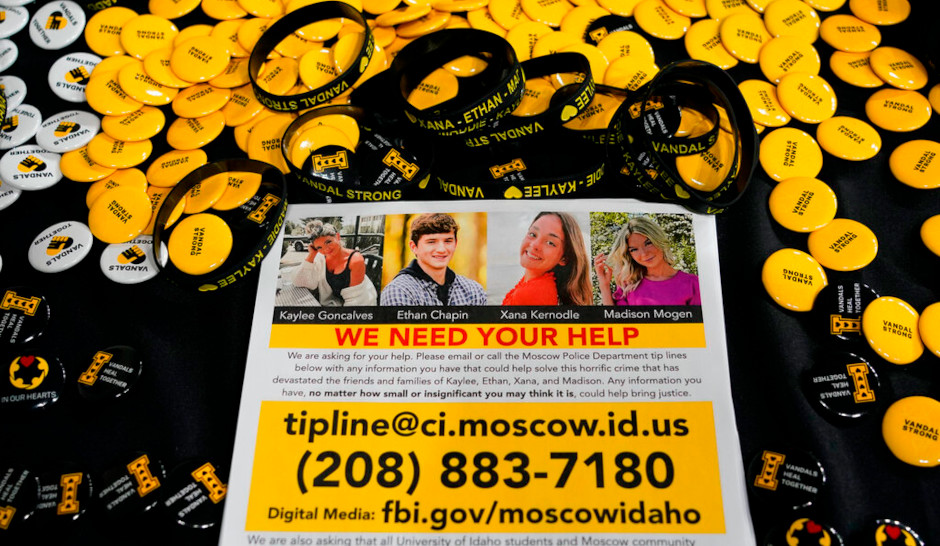 With winter graduation taking place on the University of Idaho’s Moscow campus on Saturday, Moscow Police urged vigilance for the influx of people joining students for the weekend.

Moscow Police Chief James Fry said patrol officers would be on hand in downtown Moscow and around the school’s campus, four weeks now after four students were brutally murdered in their off-campus rental house.

“As always, we want to remind the public to stay vigilant, travel in groups, and communicate with family and friends as you travel,” the department said in a Facebook post that prompted the UK tabloid The Daily Mail to write that “cops sparked fears” the killer could strike again with their statement.

The tabloid did not, however, speak with anyone about those “fears.”

The four students — Xana Kernodle, her boyfriend Ethan Chapin, and two of her roommates, Madison Mogen and Kaylee Goncalves — were found dead in the house on November 13 after all four had spent the previous night out, as CrimeOnline previously reported.

The Moscow Police Department is leading the investigation, with assistance from the Idaho State Police and the FBI, but have so far not identified a suspect. They have at times scrambled to stay ahead of rumors and now frequently urge the public to get information only from police “for accurate information and updated progress.”