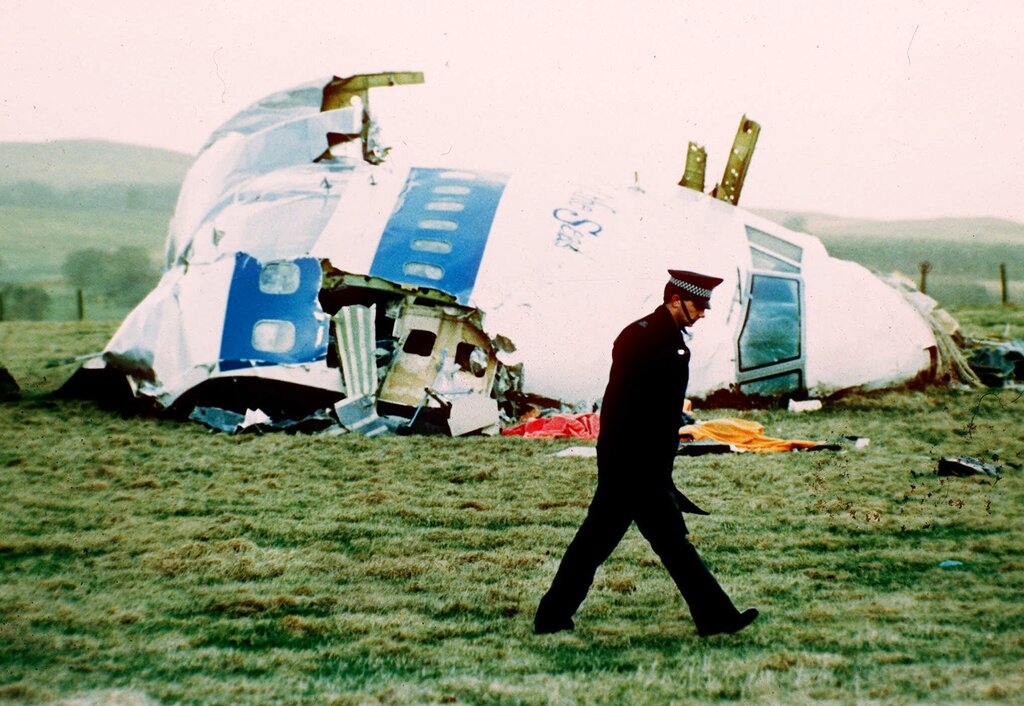 A key figure in the bombing of an airplane 34 years ago that killed 270 people, including 190 Americans, has been taken into custody to face prosecution, ABC News reports.

On Sunday, the Justice Department announced that authorities detained Abu Agila Mohammad Mas’ud Kheir Al-Marimi in connection with the 1988 attack.

“The United States has taken custody of alleged Pan Am Flight 103 bomb maker Abu Agila Mohammad Mas’ud Kheir Al-Marimi,” the department said in a statement, according to ABC News.

Al-Marimi is expected to make an initial appearance in the U.S. District Court for the District of Columbia, but it was not immediately clear Sunday when that would happen.

Authorities say Al-Marimi was a Libyan intelligence officer who built the bomb that exploded on the flight over Lockerbie, Scotland, approximately 38 minutes after it took off from Heathrow Airport in London.

The plane was heading to John F. Kennedy International Airport in New York.

Prosecutors allege that Al-Marimi worked as a technical expert for Libya’s External Security Organization, an intelligence agency, between 1973 and 2011.

He is accused of building the bomb in a smuggled suitcase onto the plane. The bomb was set to detonate with a timer after 11 hours. It exploded as the plane was at 31,000 feet, scattering wreckage beyond 800 miles. Nearly a dozen residents of Scotland were killed by the wreckage that fell from the sky.

Two other men were accused of working with Al-Marimi in the attack; one of them was acquitted, while the other was sentenced to prison but later died of cancer.

Among Americans on the plane were 35 Syracuse University students who had studied abroad and were returning home for the holidays.

[Featured image: FILE – In this Wednesday, Dec. 21, 1988 file photo, a police officer walks by the nose of Pan Am flight103 in a field near the town of Lockerbie, Scotland where it lay after a bomb aboard exploded, killing a total of 270 people. The family of a Libyan convicted in the Lockerbie bombing has lost an appeal in a court in Scotland on Friday, Jan. 15, 2021 to have his conviction overturned posthumously. Abdelbaset al-Megrahi was found guilty in 2001 of mass murder for the attack on Pan Am flight 103, which was traveling from London to New York on Dec. 21, 1988. The bombing killed all 259 people aboard the plane and another 11 on the ground. Al-Megrahi was jailed for life, but the family of the former intelligence officer has long claimed his innocence. They plan to appeal to the U.K. Supreme Court. (AP Photo/Martin Cleaver, File)]