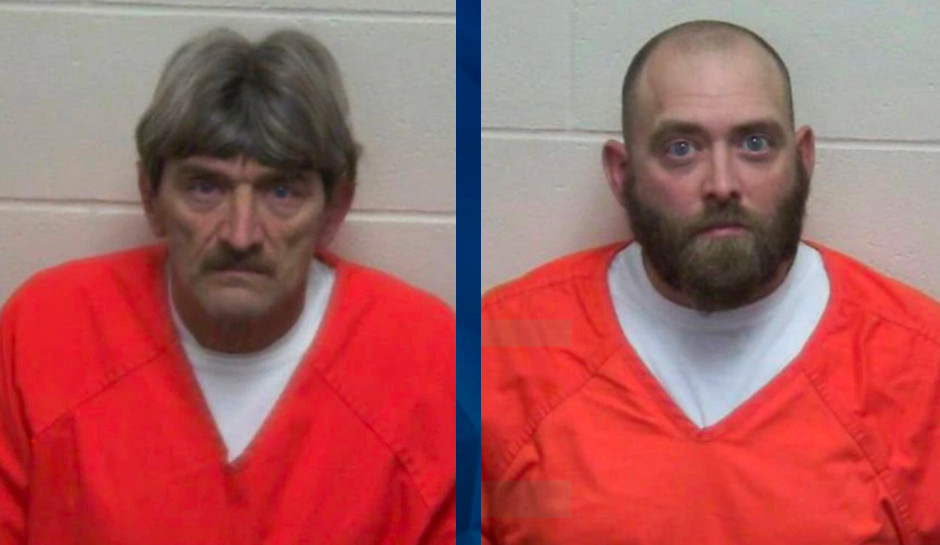 A Wisconsin father and son have been arrested in a murder-for-hire plot against the heir to a family estate.

The intended victim of the plot is the son of 62-year-old Joseph Anthony Hoppa and brother 38-year-old Jason P. Hopp, who have each been charged with a count of solicitation of firs degree intentional homicide, WBAY reports.

The Hoppas reportedly told police they were upset after another family member died in January and left everything to his grandson — the intended victim — in his will. Joseph Hoppa said he thought the split between him and his son should have been 50/50.

Jason Hoppa denied wanting his brother dead but told detectives he and his father believed the brother had manipulated his grandfather into naming him the sole heir.

Police launched an investigation in October when a caller said the Hoppas had offered a man money to “take out” the intended victim. According to a complaint filed in the case, the Hoppas met with the “hitman” and offered him “$20,000 now and $20,000 when he took [the intended victim] out.”

The hit man said the conversation took place in July. He said Jason Hoppa had multiple firearms and offered to file off the serial number of a gun so it couldn’t be traced.

The man said he’d been looking for a place to live and initially met with Joseph Hoppa about a property in Berlin. Hoppa told him he could stay there if he would “do some favors down the road.” A couple weeks after that, he said, he again met with Hoppa, who asked if he could “kill someone and get away with it.”

Hoppa told him about the intended victim there is “no love here, I have no love for this kid.”

“He’s got to go, no ifs, and or buts, he’s got to f—ing go,” Hoppa said, according to the complaint.

The hitman stopped cooperating with authorities in November, but later consented to helping them record a conversation with Joseph Hoppa. In that conversation, Hoppa said he wasn’t interested in having his son killed because he was waiting “till everything gets done and I get paid,” apparently referring to court proceedings.

Hoppa told detectives that he was “a Christian” and “wouldn’t do something like” hire someone to kill his son.

Instead, Hoppa said it as entirely the hitman’s idea. Later, however, he said he may have mentioned something about having his son harmed, the complaint said, according to WLUK.