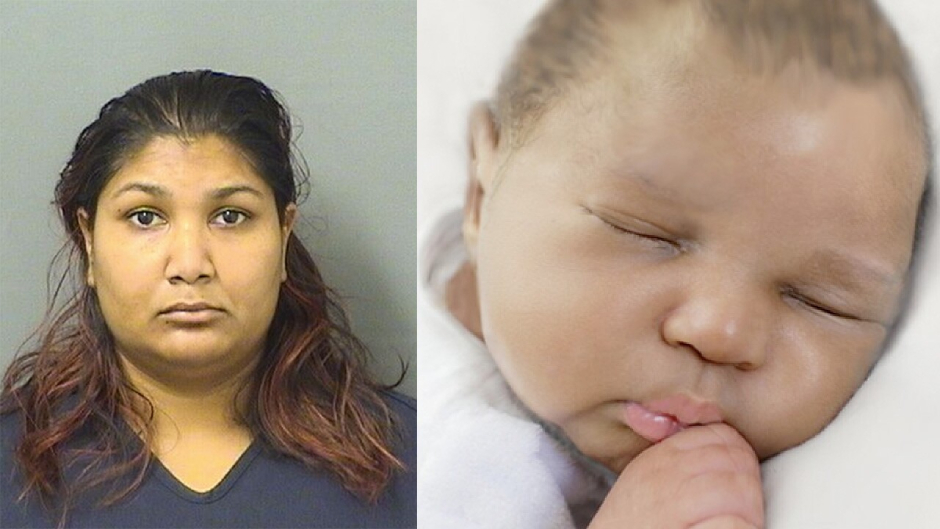 ‘Baby June’: Mom of Unidentified Newborn Found in Ocean is Charged With Murder

Florida police announced on Thursday that they have arrested the mother of a newborn baby girl whose body was found in the Atlantic Ocean in 2018.

In June 2018, an off-duty Boynton Beach firefighter on a charter boat discovered “Baby June’s” body floating near the Boynton Beach Inlet. WTVJ reported that Palm Beach County police eventually identified the baby’s father, who said his then-girlfriend, Arya Singh, 29, had told him she was pregnant but got an abortion.

Singh allegedly gave birth 40 hours before her baby’s body was found floating in the ocean. According to WTVJ, she claimed she did not know she was pregnant until she gave birth. She allegedly also stated that she was unsure whether her daughter was alive or dead.

Singh allegedly put the baby in a backpack she left in her car while attending a Florida Atlantic University class. She dumped the body after class, according to WTVJ.

Investigators said they believe the baby was dead by the time she was left at Boynton Beach Inlet. WBPF reported that GPS and phone data placed Singh at the inlet 48 hours before her daughter was found.

According to the news outlet, Singh told cops that she chose to dump her daughter’s body at the inlet because she liked the area. She reportedly also stated that she feared for herself and her future at the time.

“She had the baby in the hotel room bathroom. She didn’t know she was pregnant until she saw the baby come out. She said the baby landed in the water and she passed out and didn’t pick up the baby or check on her at all,” detective Brittany Christoffel said.

WJLA reported that investigators reviewed Google search history, including information about the Boynton Beach Inlet. Singh allegedly scoured the local news days before dumping her daughter’s body and about a month thereafter.

After eliminating the baby’s father as a suspect, police obtained a covert DNA sample from Singh, which they said confirmed maternity. WFLA reported that they took a sample from an item Singh threw in the trash.

The father was reportedly unaware of the baby’s existence and death.

Singh, who is charged with first-degree murder, remains jailed without bond.