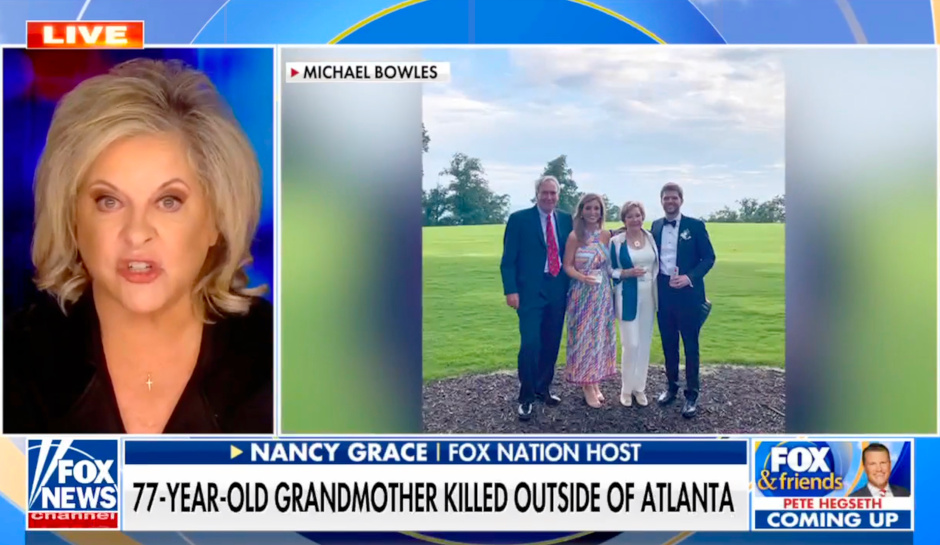 Nancy Grace: Atlanta Grandmother Killed by ‘Career Criminal’ Who Should Have Been Behind Bars

CrimeOnline’s Nancy Gracc discussed two stories in the headlines Thursday morning on Fox News, telling the network that a suspect arrested in the murder of an Atlanta grandmother should have already been behind bars and that a white car seen speeding away from the Idaho college murders crime scene may be key to solving it.

Grace said she was shocked that Antonio Brown stabbed 77-year-old Eleanor Bowles to death in her garage to take her SUV instead of just running away or taking the car and fleeing when the grandmother interrupted him. He was caught after police released photos of him with the vehicle, which was found abandoned in DeKalb County. But capturing the criminal isn’t the problem, Grace said.

“The problem is the crime. This guy, career criminal. The businesses in the area knew him well. Why wasn’t he behind bars?”

“Well, it did,” she said. “He walked past the gate and past a security guard.”

Grace also discussed video found by a gas station attendant showing a white car speeding past the station early in the morning on November 13, when four University of idaho students were brutally murdered.  The discovery came just after police said they were looking for a white Hyundai Elantra in the case.

She said the car is “the key to this case at this juncture” and could lead to a murder weapon — if the car was driven by the perpetrator, who could have tossed the knife out of the car on the way out of the students’ neighborhood.