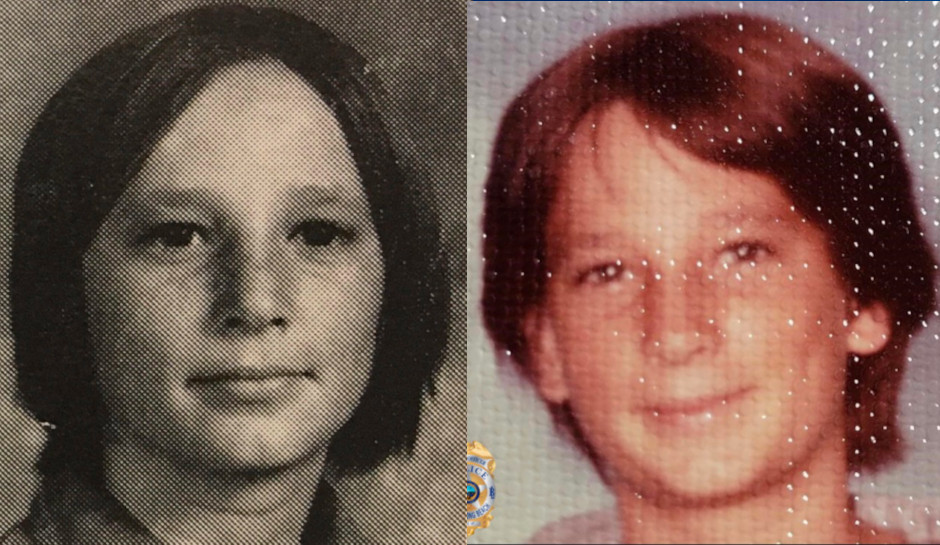 DNA technology has led to the identification of a 15-year-old California boy found dead on a street in Long Beach in 1978, and police say the “next step” is to identify his killer.

The boy has been identified as Kenneth Nevada Williams, a frequent runaway from La Puente.

But Kenny didn’t run away from home because he was upset with his family, his sister, Roxanne Jones, told the Press-Telegram.

“Once he hit puberty, he just kind of started to want to go out and be on his own,” she said. “We lived in the suburbs and my mother, father and step-father all worked. We had responsibilities. But he didn’t want that life, he didn’t want to go to school, he wanted to find something fun to do.”

And so, he would run away. Only once did the family involve police to find him, Jones said. Mostly they found him themselves, brought him home, and waited till he left again.

When he left that last time in 1978, Jones said, the family hoped that he’d found what he was looking for. But they never stopped looking for him, right up until a Long Beach detective and an FBI agent arrived at her door in September and said she was a familial match with a body known only as “John Doe 1978” for 44 years.

Jones said she knew immediately who it was.

“There’s that grief that immediately hits you and sadness knowing that he never really was living that life we thought he was living,” Jones said on Friday, Dec. 16. “There’s a relief in knowing what happened. It’s not the news we want to hear, but it’s news.”

Police have not said publicly how Kenny Williams died, only that he had a stamp on the back of one hand that said “PAID.”

Donald Alway, Assistant Director in Charge of the FBI’s LA Field Office, told CBS News that the FBI and police have begun anew investigating the death.

“Justice delayed doesn’t have to be justice denied in this case. Kenneth Nevada Williams is now a known victim and identifying his killer is the next step in solving this case,” Alway said in a statement.

Jones remembers her funny, kind younger brother fondly and hopes the rest of the mystery is soon solved.

“He was more of a free spirit, but he was loved and we were looking for him,” she said. “I don’t know any connection to Long Beach at all. That’s something we’ve been trying to rack our brains about. None of us really have much information to give.”