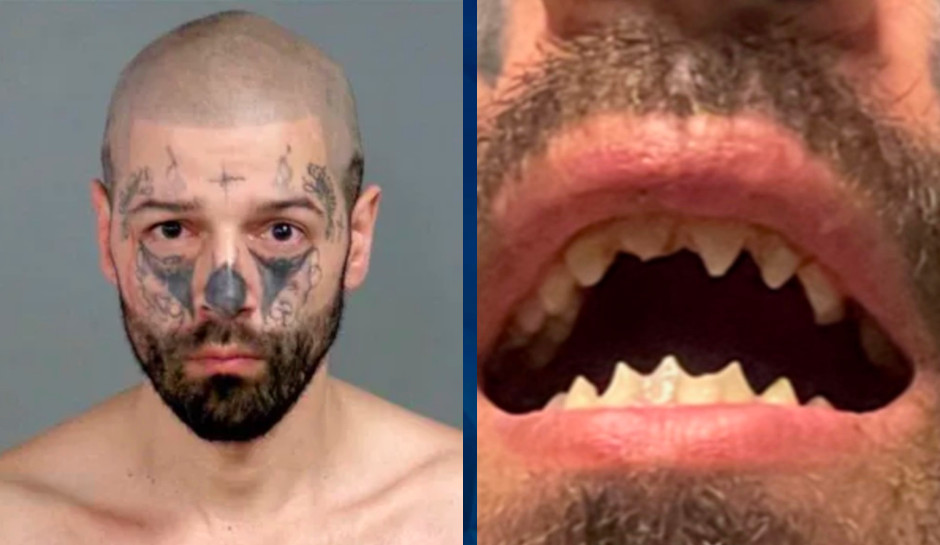 Authorities in Michigan have arrested a 36-year-old man on multiple counts involving the kidnapping and sexual assault of a 22-year-old pregnant woman who was allegedly held captive for three weeks.

Genesee County Sheriff Chris Swanson announced the arrest of Michael Barajas in a video posted to the sheriff’s office Facebook page, showing photos of Barajas’s tattooed face and his teeth, which he had filed to points.

The “tragedy,” he said, began Thanksgiving week after the victim had been kicked out of her home. Barajas reportedly saw her walking down the street, “sees the vulnerability, offers a shower, food, and warmth, and she accepts,” the sheriff said.

But as soon as Barajas got her to his home, he tied her to a bed and locked her in a room with the windows screwed shut. Then, Swanson said, Barajas trafficked her, bringing multiple people over that he allowed to sexually assault her.

The woman tried unsuccessfully to escape before a medical emergency on December 8 got her taken to Hurley Medical Center in Flint, where hospital staff recognized the signs of abuse and called police.

Barajas forced the woman to write a note calling him “daddy,” the sheriff said, and “threatened that if she didn’t do everything that he told her to do, that he would bite her neck and rip out her throat.”

Barajas was arraigned this week in 67th District Court in Flint on seven felony counts, including kidnapping, first-degree criminal sexual conduct, human trafficking, and assault with a dangerous weapon, The Detroit News reported. He’s being held on a $250,000 bond, Swanson said.