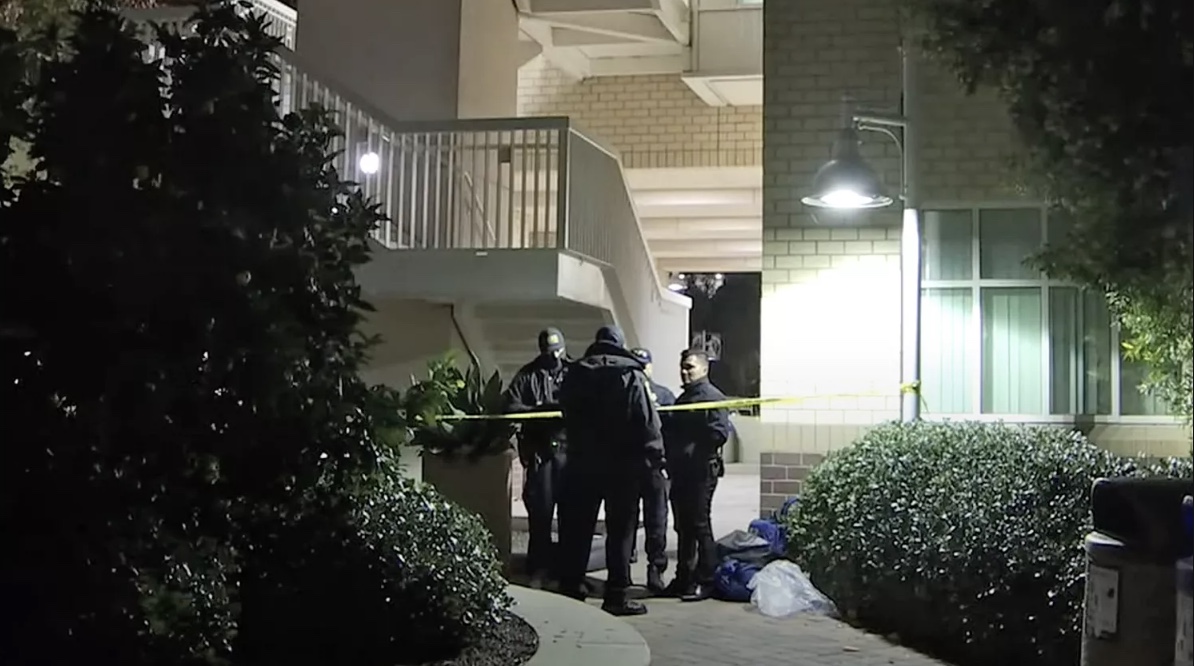 Son Throws Mother Off Building, Jumps to His Death on California College Campus

A former University of California, Irvine student apparently threw his mother off a campus building before jumping to his own death in what investigators say is a murder-suicide.

Irvine Police said they responded to assist campus police just before 4 p.m. on Tuesday. They found the bodies of Thao Thai Nguyen, 77, and her son, Andrew Nguyen Doan, 36, on the ground at Social Science Plaza B on the university campus.

“The investigation has determined Doan picked up Nguyen and threw her off the landing of a multi-story building,” police said in a statement. “Doan then jumped from the same landing to his death.”

Irvine police said they had contacted Doan several times in the past, with the last call involving mental health issues coming in 2019.

Kimberly Edds, a spokesperson for the Orange County District Attorney’s Office, told the Times-Herald that Doan pleaded guilty in 2020 to sexually battering his roommate at a mental hospital in 2019. HE was sentenced to 156 days in jail and spent three years on probation, which ended in July.

University spokesperson Tom Vasich told the newspaper that Doan studied biological sciences from 2017i to 2019 but did not graduate. His mother had no association with the school.