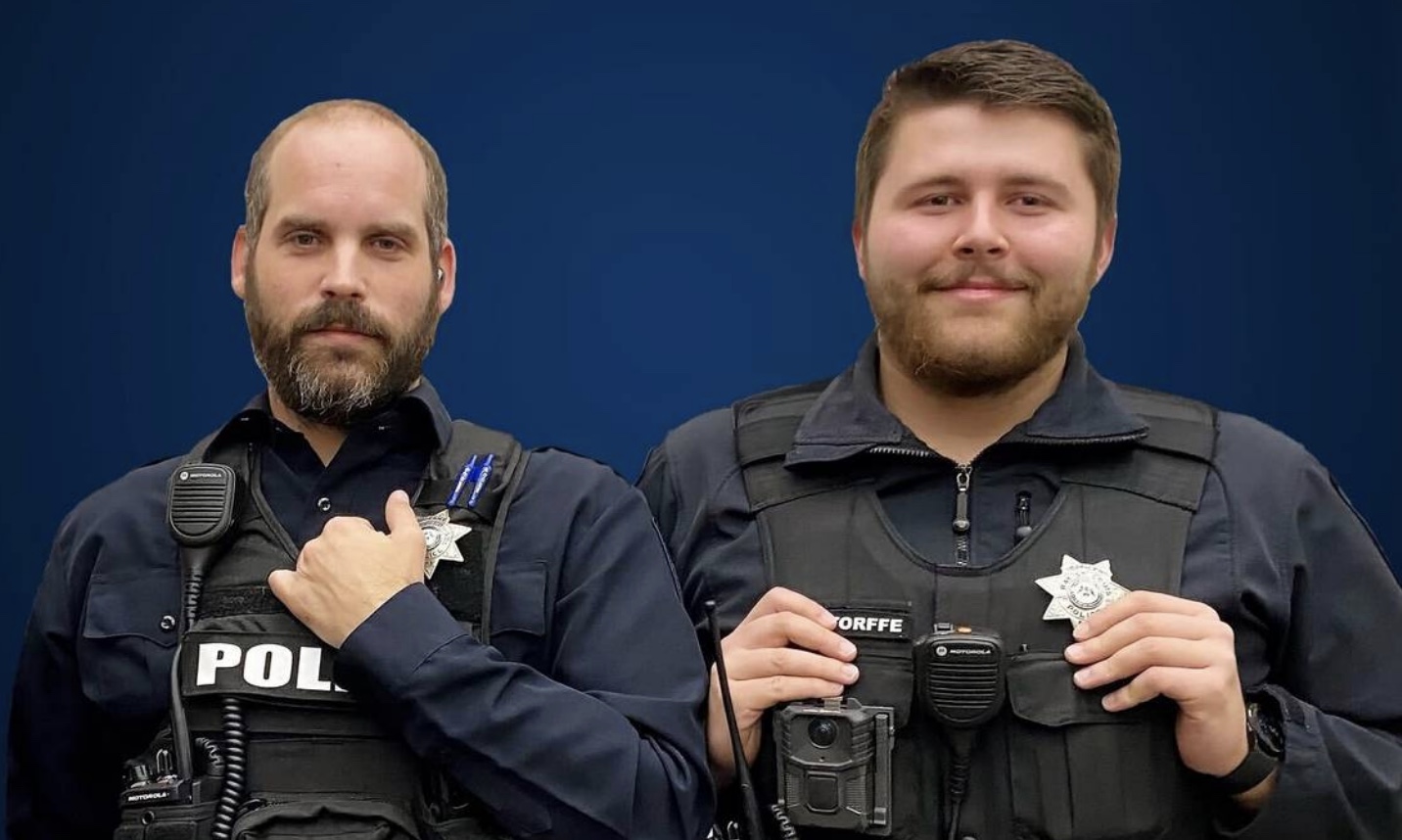 A Mississippi veterinarian who shot and killed two police officers this week was killed by a bullet from one of the officers, not from her own weapon as was originally thought.

Bay St. Louis Public Safety Commissioner Sean Tindell said that Amy Brogdon Anderson fired once from the driver’s seat of her car and struck Sgt. Steven Robin, 34, then fired twice at Officer Branden Estorffe at the same time he fired twice at her.

Robin and Anderson, 43, were pronounced dead at the scene. Estorffe, 23, was taken to Memorial Hospital in Gulfport, where he died from his injuries, as CrimeOnline reported.

Tindell told WLOX that officers were called to the Motel 6 early Wednesday morning, about an hour after Anderson, her 8-year-old daughter, and three dogs checked in. Anderson herself asked the front desk manager to call 911 at about 3:35 a.m. Robin and Estorffe were dispatched to the call, Tindell said.

They met with Anderson in her room, where she told them she feared for her life and believed she was being followed by the driver of a white truck. Tindell said Estorffe’s body camera showed the two officers talking with Anderson for about 40 minutes, with most of their talk a “pleasant conversation,” until it wasn’t.

“During the course of the conversations with Ms. Anderson, the officers became concerned for the safety of her daughter,” said Tindell, who did not describe what concerned the officers.

“She had made a number of comments that had the officers concerned for the safety of the child,” he said.

When the officers decided to call Child Protective Services, Anderson packed up her things and headed to her car.

“Ms. Anderson was loading up her car and was apparently attempting to leave the hotel,” Tindell said. “They were trying to keep her there until Child Protective Services could arrive.”

At 4:19, while seated in the car, Anderson “shot and killed Officer Robin,” who was standing next to the car door, Tindell said. The she turned her Glock semi-automatic pistol to Estorffe, who was about 20 yards away, at the same time he pulled his service weapon. Estorffe was hit in the arm and head, and Anderson was struck in the chest.

The 8-year-old girl was in the passenger front seat during the shooting. Tindell said an elderly couple staying at the hotel rushed out and took the little girl inside while police swarmed the area. The girl is now with family, Tindell said.

According to UK tabloid The Daily Mail, the girl, whose clothes were spattered with blood, told another guest at the hotel — it’s not clear if it was one of the elderly couple — that “Momma told me to give her the gun, so I gave her the gun,”

“Momma shot the cops and momma was shot. Her eyes are open and she is breathing a little bit,” the girl told the other guest. She also told the guest that her mother told her there were people trying to kill them.

Anderson’s former mother-in-law, Sylvia Brogdon, told the New York Post that the girl was now with her father and stepmother. Anderson’s two other children were with their father, who is not the 8-year-old’s dad.

“Unfortunately she was a very troubled person although we loved her very much,” Brogdon said. “She was really sick, more than we even realized, and we couldn’t help her. It was a mental illness issue. But she was a good mother and a good veterinarian. She loved her job and if you could see her children you can see she was a good mother. It’s so terrible when someone is a good person but they do something like this and then all the good is erased and people only see the bad.”

A funeral for Robin and Estorffe is scheduled for noon on December 21 at the Bay St. Louis Community Center.