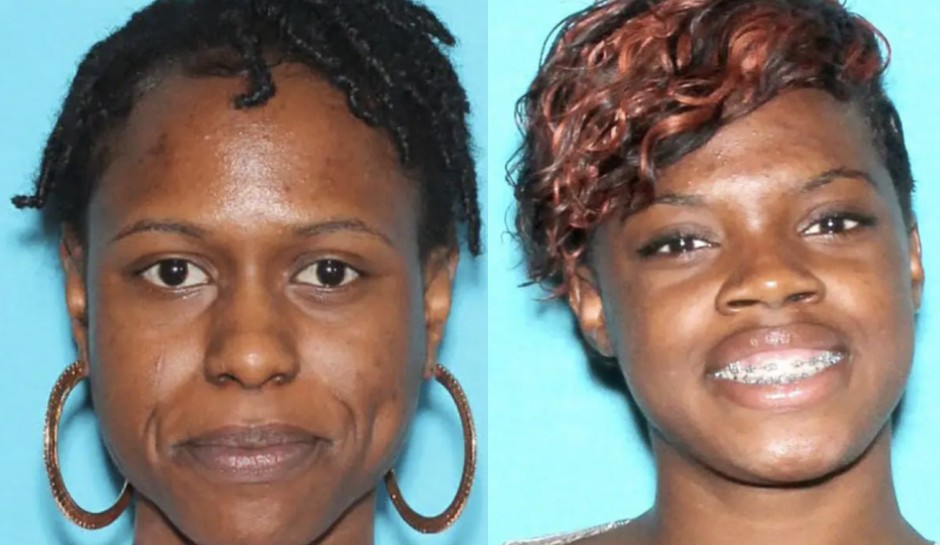 Two young children are dead, including one who was decapitated, after their aunt allegedly lost control of the vehicle she was driving in a drunken haze and crashed in what witnesses described as a gruesome wreck, the Las Vegas Review-Journal reports.

Now the aunt and the children’s mother, who was in the passenger vehicle, are facing criminal charges in connection with the deaths.

In the back were Washington’s two young girls, 3-year-old Taylor and 2-year-old Rose, neither of whom were in children’s car seats but were instead using adult seatbelts.

Around 9:15 p.m., Manning lost control of the van on Scott Robinson Boulevard, and the vehicle veered off the pavement, struck a curb, and then hit a tree, a light pole and another tree.

Witnesses to the incident said they observed an “intoxicated” female drop one of the children to the ground and step on her.

Another witness, Isaiah Garcia, said the child dropped by the woman landed on his feet.

“I was shocked because the baby was like the same size as my baby and the baby was on my feet when she dropped it,” Garcia told KTNV-TV. “And I was just in shock that she wasn’t even caring about the baby. She was more worried about the police.”

According to KLAS-TV, Rose was decapitated and declared dead at the scene, while medics rushed Taylor to a local hospital, where she died early the following morning.

Police noticed that when Manning spoke, she reeked of alcohol whenever she opened her mouth. Authorities also allege that Manning was slurring her speech, that her eyes were bloodshot, and that she repeated herself in speaking with officers.

Blood tests of Manning’s alcohol content are still pending, but she reportedly told officers that she had two shots, according to the Review-Journal.

Manning is facing three counts of driving while intoxicated, resulting in substantial bodily harm or death, driving with a suspended license, and no proof of insurance. In addition, she faces two counts of child neglect or endangerment resulting in death, two counts of operating a vehicle without child safety restraints, and failure to maintain a travel lane.

Neither woman has been booked into jail yet because they are still recovering from their injuries. They had been hospitalized and were handcuffed to their beds.

The girls’ father, 22-year-old Tavon Wilmer, described his daughters as “beautiful, smart girls,” according to the Review-Journal.

He said the incident was “something that should never have happened.”