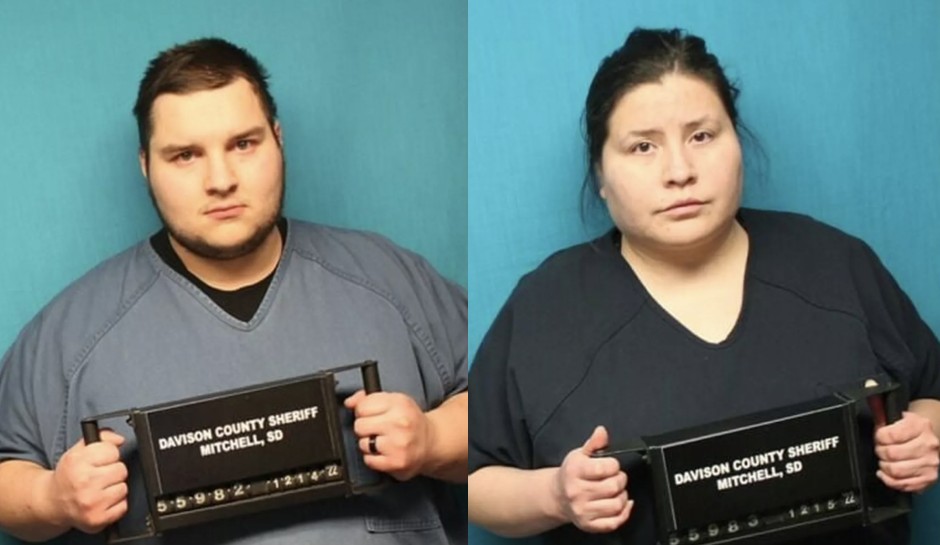 Couple Abused 8-Year-Old Girl, Traveled With Corpse to ‘Spend More Time With Her’

A Washington state couple allegedly abused their 8-year-old daughter to the point of killing her, sometimes restraining her with zip ties for hours and bashing her with a hammer.

But authorities say that after the girl died at some point this fall, the pair kept her corpse with them and then traveled with it out of state so they could “spend more time with her,” The Spokesman-Review reports.

On Thursday, police arrested the couple in Mitchell, South Dakota, where officers found the girl’s body in a casket inside a U-Haul trailer.

In South Dakota, authorities have charged the two with failure to notify law enforcement of the death of a child.

Investigators say Kurmoyarov and Miller, who are boyfriend and girlfriend, traveled recently from their home in Airway Heights, Washington, just outside of Spokane, to South Dakota and had been in the state for about four days.

The couple allegedly claimed they were transporting the body for burial to the Rosebud Indian Reservation in South Dakota. A funeral home on the reservation called a coroner, who then dialed the Mitchell Police Department.

Police in Mitchell located the pair at the home of Miller’s mother, where a U-Haul trailer was spotted.

The couple reportedly admitted that their daughter’s body, Meelah Miller, was inside the trailer, but they were not as clear about when the child died. Meelah was Mandie Miller’s niece and adopted daughter, according to the newspaper.

“During an interview with Kurmoyarov, he stated that the juvenile had died in Airway Heights a little before Halloween 2022,” the Mitchell Police Department said in a press release. “Miller told investigators that her daughter died on September 10, 2022.”

Miller claimed the girl died when she choked on a milkshake and said they did not seek an ambulance because that would have taken 30 minutes, so Kurmoyarov attempted unsuccessfully to perform CPR.

In a different interview, Kurmoyarov alleged that the girl was ill, and he did not mention any incidents that involved choking, The Spokesman-Review reports.

Kurmoyarov also allegedly acknowledged that he did not seek medical care for the girl because they “wanted to spend more time with her and that he was afraid that they would get in trouble,” according to KREM-TV.

However, also Kurmoyarov allegedly admitted to investigators that he and his girlfriend would restrain the child, at times for several hours each day and that Miller would strike the 8-year-old’s toes using a hammer when she did not behave, according to the newspaper, citing search warrants.

Kurmoyarov further told police that the girl was “a handful” to manage. In the evenings, the couple would put the child in a bathrobe and tie it like a straightjacket. He also allegedly disclosed that the pair would tie the girl up for four to six hours each day and that the day she died, the girl had been zip-tied to a car seat.

Kurmoyarov further admitted to slapping Meelah twice on the day of her death, according to the Spokesman-Review.

Police who examined the girl’s body said it appeared malnourished and small for her age. A forensic pathologist identified lesions on the girl’s wrist, and ankles that he determined were consistent with being restrained.

Meelah had not attended school since January, according to the newspaper.