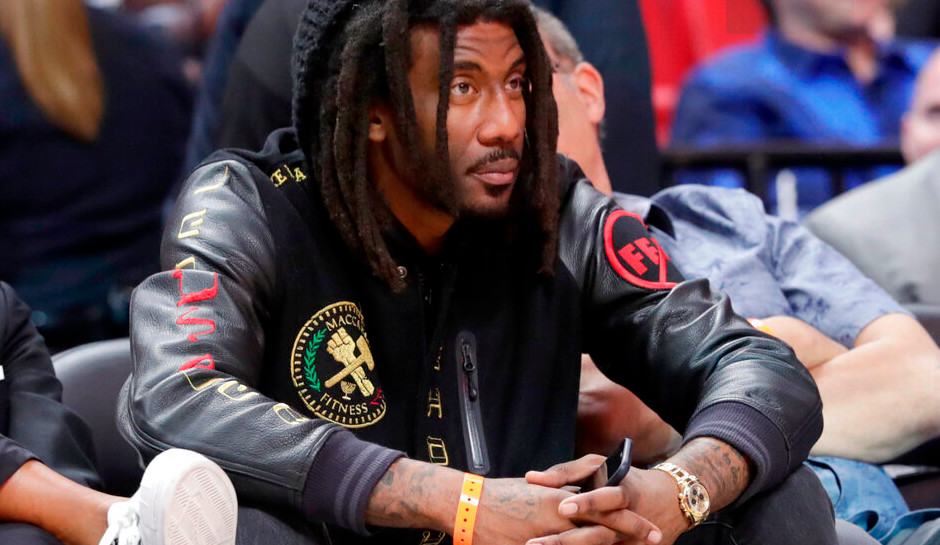 A police report says that Stoudemire, a 6′ 10″ former center for the Miami Heat, accused his daughter of talking back to her grandmother. He reportedly walked into her bedroom in their Miami home and punched her on the right side of the jaw and slapped her in the face, leaving her with a bloody nose. Then he repeatedly slapped her body, WFOR reports.

The girl texted her mother with a photo of her crying and blood running down her face. The mother called Stoudemire, who told her to come pick up the girl because she was being “disrespectful.”

Police went to Stoudemire’s home to investigate. Stoudemire told them his daughter called her mother because she was “sad” she “received a whooping from him for being disrespectful and a liar.”

Officers asked him to elaborate, and he refused. At that point he was arrested and charged with battery. He was later released on a $1,500 bond.

Stoudemire has two teenage daughters, 17 and 14. The police report did not make clear which one was involved in the incident.

Stoudemire played in the NBA fro 2002 to 2016, playing for the Phoenix Suns, New York Knicks, and the Dallas Mavericks before ending his career with the Heat. He was a player development assistant for the Brooklyn Nets from 2020 until the end of last season.