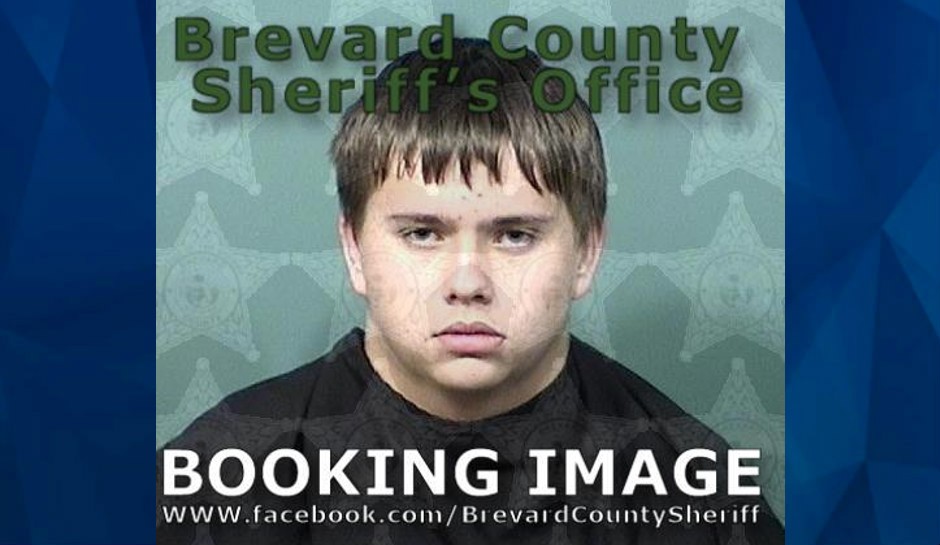 A Florida teen is accused of brutally attacking his mother after she asked him to clean his room, WKMG-TV reports.

Tobias Brewer, 17, was arrested on November 30 in connection with the near-deadly incident that happened at the family home in Cocoa, Florida. Police were called to the house and found Brewer’s mother on her back, lying on the floor of a doorway to the laundry room.

The woman’s nose was reportedly nearly detached and had multiple stab wounds, according to an arrest affidavit obtained by the television station. Her body was reportedly covered in blood.

As police called for assistance, the woman allegedly gasped for air and said, “Toby did this,” WKMG-TV reports, citing court documents.

Medics airlifted the woman to a hospital, where she was most recently listed in critical but stable condition.

Authorities were tipped off about the attack when the mother of one of Brewer’s friends called 911, reporting that her son told her “Toby” had killed his mom. That friend and another male later told investigators they were in front of Brewer’s home when they heard loud banging noises toward the back of the residence.

The friend told police he walked to get closer to the noise and saw Brewer holding a frying pan over his mother and the woman saying, “Toby, stop,” according to WKMG-TV.

Brewer allegedly fled the scene driving a Kia Rio registered to his mom. The friends drove away in a Jeep Wrangler that also belonged to the woman.

Police tracked Brewer using his phone and attempted to pull him over, but he crashed the vehicle in a wooded area and ran away. Officers eventually found him with several other individuals, including his girlfriend, and arrested him, according to Fox 35.

In an interview with police, Brewer allegedly confessed to stabbing his mother using a knife he said he typically carries with him. He said he also struck his mother’s head with a frying pan to the point of the handle breaking.

Brewer allegedly said that he did not enjoy cleaning his room and that his mother was “constantly harping about it,” WKMG-TV reports.

“The suspect advised that he was upset because his mother was constantly on his case about cleaning his room,” the police affidavit states, according to the television station.

Neighbors said they were shocked by the allegations. Richard Willoughby said Brewer, whom he called “Toby,” had recently cut his grass.

“He seemed like an OK kid,” Willoughby told WKMG-TV. “I just can’t believe he did something like that.”

The teen has been charged with first-degree murder, grand theft of a motor vehicle, and fleeing and eluding, according to the television station.