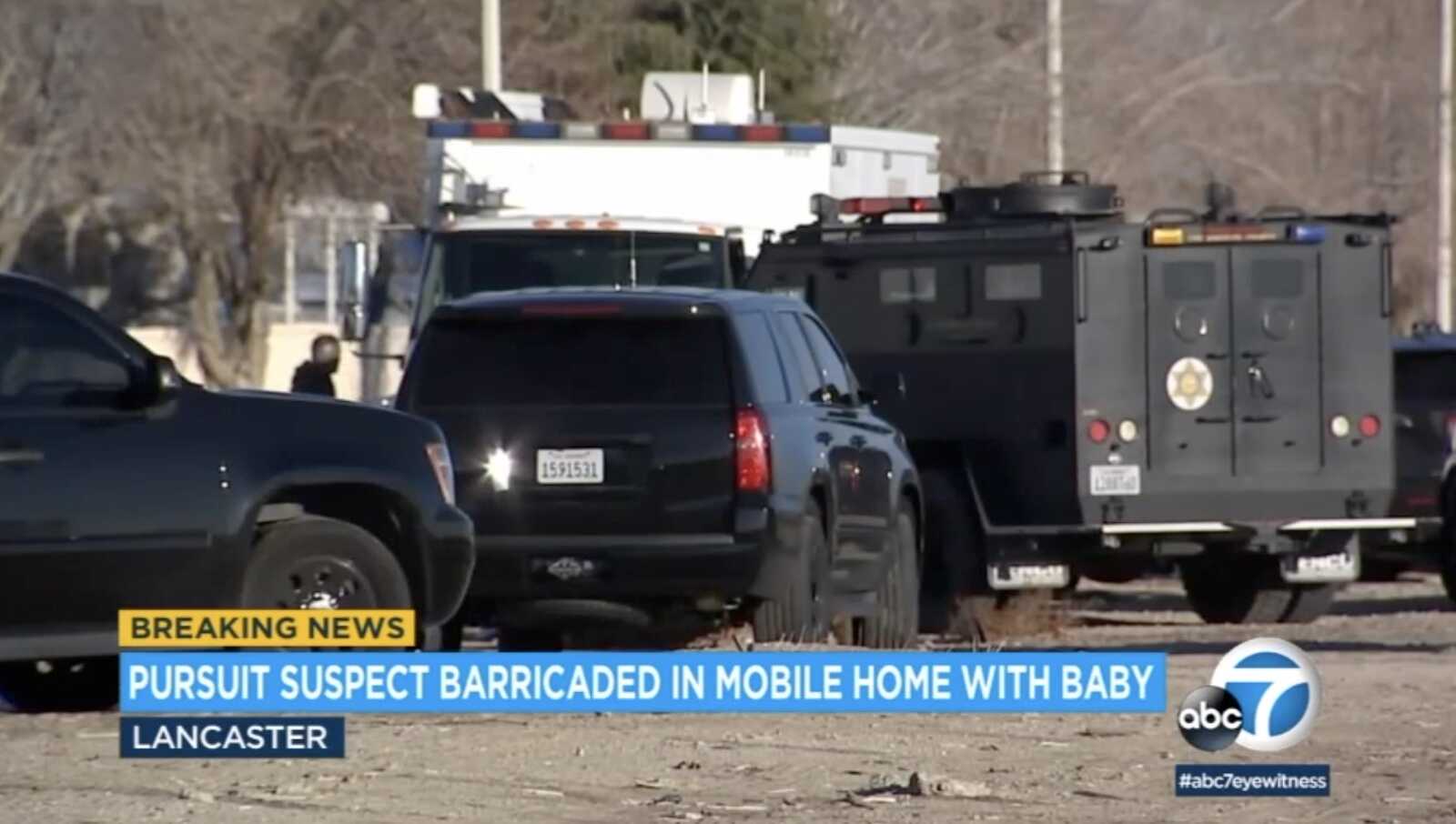 A man named Fernando has been barricaded inside a California trailer home in Lancaster for hours with an infant he has threatened to shoot, authorities say.

The California Highway Patrol said the incident began shortly before midnight Tuesday with a high-speed chase near Santa Clarita on State Route 14, according to KNBC. The baby was reportedly back seat of the white Kia SUV as the man topped 130 mph, KCBS reported.

The California Highway Patrol said that Fernando called 911 to say he had the child in the car with him as police pursued him over multiple freeways and surface streets, KABC said.

“He also said that he would shoot at CHP officers if we did not disengage in the pursuit,” a CHP spokesperson said during a press conference Wednesday morning.

At one point, he did fired at pursuing officers, but no one was hurt.

Elijandra Rosas, who said she was the suspect’s aunt and that the baby is his son, begged for him to come out, KTTV reported.

Los Angeles Sheriff’s Deputy Miguel Miza, who said deputies have been unable to contact the suspect, made a similar plea.

“Fernando, we have crisis negotiators here on scene. We have deputy personnel who want to help you, who want to make sure your baby is safe,” he told KABC. “Please talk to us. We want to communicate with you. We’ve been trying to communicate for the last six hours.”

News reports initially said the child involved was a 17-month-old toddler or that there were two children involved, but the latest reports say the child is a year-old infant.