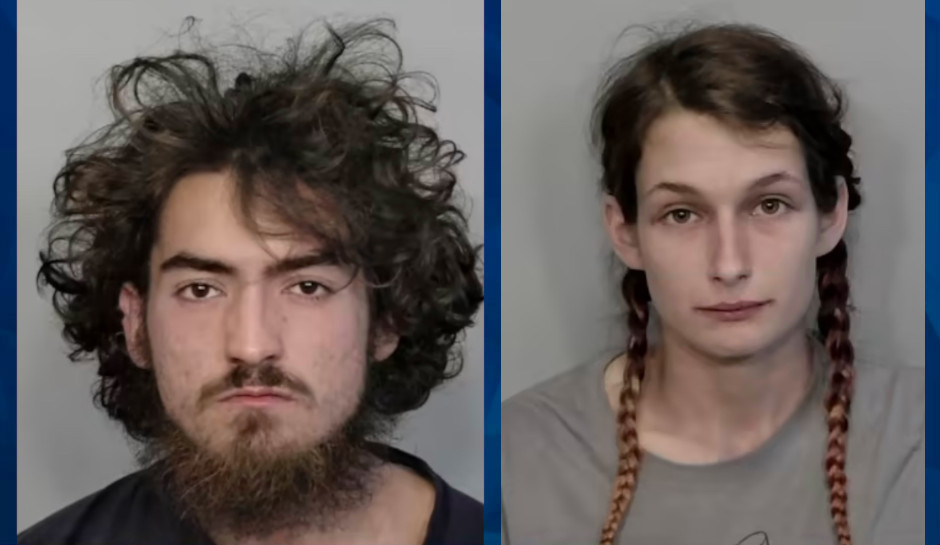 Florida deputies arrested a Fort Myers couple late Tuesday night after a traffic stop in the Keys found a 2-year-old boy in the vehicle covered in cockroaches and smelling of feces.

Deputies found the vehicle in “squalid” conditions, “filthy” and “laden with used food containers, clothes, and trash,” sheriff’s office spokesperson Adam Linhardt said. Additionally, he said, the deputies found boxes of reptiles and insects in the trunk. The boy was sitting in a car seat,

Twenty-year-old Jillian Larae Meyers and a 24-year=old man were also in the car.

“Both suspects said the child was in their care and stated they had diapers, but deputies found no diapers in the car,” Linhardt said. “Both gave conflicting stories as to when the child last ate. All three adults said they were living in the vehicle.”

The 24-year-old man, who was not arrested, said the group was in the Keys to “collect reptiles and insects,” the sheriff’s office said.

Deputies also found a .40-caliber Glock handgun under the passenger seat and real and synthetic marijuana in the car, Linhardt said.

The toddler was placed in the care of the Florida Department of Children and Families.