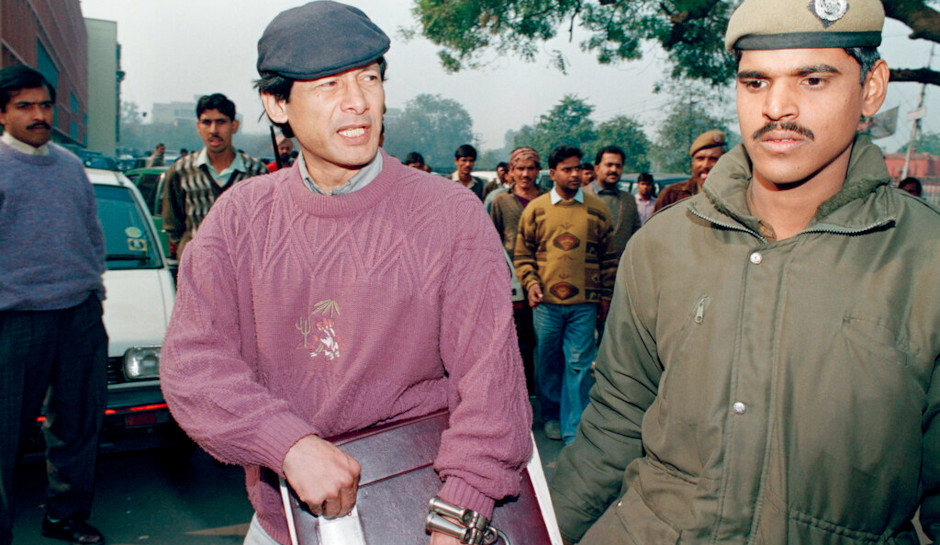 A convicted serial killer believed responsible for the deaths of more than 20 backpackers in Asia in the 1970s and 1980s has been released from prison in Nepal and arrived in France Saturday morning.

The Nepalese Supreme Court ordered the release of Charles Sobhrai, a French citizens born to an Indian father and a Vietnamese mother, because of his age and health, according to Reuters.

Sobhraj, 78, served 19 years of a 20 year sentence in Nepal after he was convicted in 2003 in the 1975 murders of American backpacker Connie Jo Bronzich and her Canadian friend Laurent Carriere.

Thailand suspect him of killing six women in 1970s, and dubbed him the “bikini killer” because several of the murders took place on a beach. He was also called “the Serpent” for his ability to slither away from police.”

But he was jailed in India in 1976 for poisoning a group of French tourists in New Delhi before he could stand trial in Thailand.

On his flight to Paris, Sobhrai told French news agency AFP that he did not kill Bronzich and Carriere. “I have a lot to do. I have to sue a lot of people,” AFP quoted Sobhraj as saying, Reuters said.

Sobhraj’s latest attorney, Isabelle Coutant-Peyre, told Reuters that her clients’ next steps would be to “file a legal complaint against Nepal because the whole case against him was fabricated.”

According to the Associated Press,  he has previously admitted to killing western tourists in Asia, although it’s not clear if he ever admitted killimg Bronzich and Carriere.

Sobhraj was accompanied from Charles de Gaulle Airport by French filmmaker Jean-Charles Deniau, who is releasing a movie and a book about the convicted murderer’s life.

“He’s doing well,” Deniau told the AP. “He has medicines. He will live in Paris, and a little bit everywhere.”