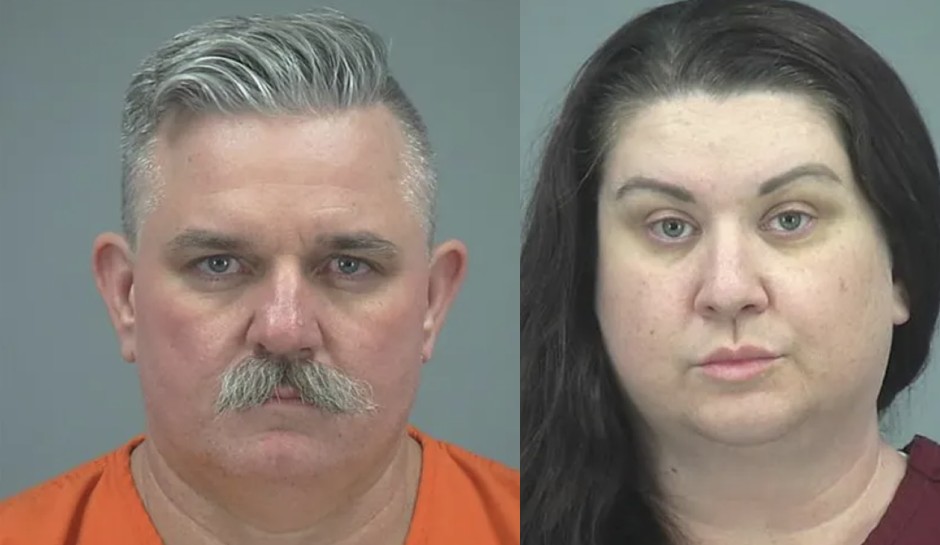 The parents of a missing Arizona boy have been arrested on child abuse charges, accused of assaulting and threatening their other children, FOX 10 Phoenix reports.

On Friday, police released updated photographs of the missing child, 12-year-old Kelly “KJ” Conklin, who allegedly ran away from home with his 14-year-old brother on Tuesday.

Court documents obtained by the television station indicate that the brothers jumped out of a second-story bedroom window.

The most recent sighting of KJ was at a Walmart in Queen Creek on Tuesday evening around 8 p.m., according to KPNX-TV. Previously, the boy had been seen around 2 p.m. near Combs and Gantzel roads in San Tan Valley, southeast of Phoenix.

The new images show KJ in a black hoodie with the word GAP in gray lettering and sweatpants with multi-colored triangles while he was pushing a shopping cart.

Authorities say the 14-year-old brother, whose name has not been released, eventually returned home. When he did, his mother, 39-year-old Melissa Conklin, told police she attempted to confront him, according to the court records.

“Melissa stated as [the 14-year-old] was running to the house, Melissa advised she used a technique where she wraps both arms around [him] similar to a hug,” the court documents allege, according to FOX 10. “Melissa stated as she did this, [he] began to fight with her in an attempt to get away and at one point, Melissa stated she felt [him] punch her on the left side of the face.”

The kids’ father, 46-year-old Kelly Conklin, was reportedly sleeping at the time the confrontation began, but he awoke and went outside, and he saw the 14-year-old on top of Melissa with his hands around her neck.

“Kelly said he grabbed [the 14-year-old] by his shirt and slammed him to the ground and placed handcuffs on him,” the court documents state, according to FOX 10.

The boy was hospitalized and raised concerns with medical staff. He alleged that his father grabbed his body, threw his face into gravel, slammed him into a wall and choked him causing him to black out, FOX 10 reports, citing the court records. The boy also said his father lied to police.

Detectives with the Pinal County Sheriff’s Office subsequently interviewed the parents and other children in the couple’s home. Authorities said there were eight kids living in the house who ranged in age from 1 to 17 years old. Five of the kids, including KJ, are adopted. Two other children are foster kids and one is the biological child of the parents.

The other kids in the home alleged other acts of child abuse. A girl who is mentally delayed alleged that Melissa struck her in the head using a bar from a paper towel holder. A child alleged that Kelly attempted to kill her by restraining her against a wall and displaying a knife. And a child said Kelly threatened her with a gun that was held on his hip.

On Friday afternoon, the couple appeared in court. A judge released Kelly on $5,000 bond and Melissa was released on her own recognizance, Arizona Family reports.

Child welfare authorities have removed the minors from the home.

The sheriff’s office is asking neighbors of the family to review footage from their security cameras, especially if the children were spotted walking Tuesday afternoon by Combs and Gantzel roads.

KJ’s biological sister, whose name is Sydney, has a message for her brother.

“I just want you to know i’m looking for you, and I love and miss you so, so much,” Sydney said, according to FOX 10. “Please go to the police, or if you’re scared, look me up on Facebook and message me. I’m here waiting for you, and it’s time for you to come home.”