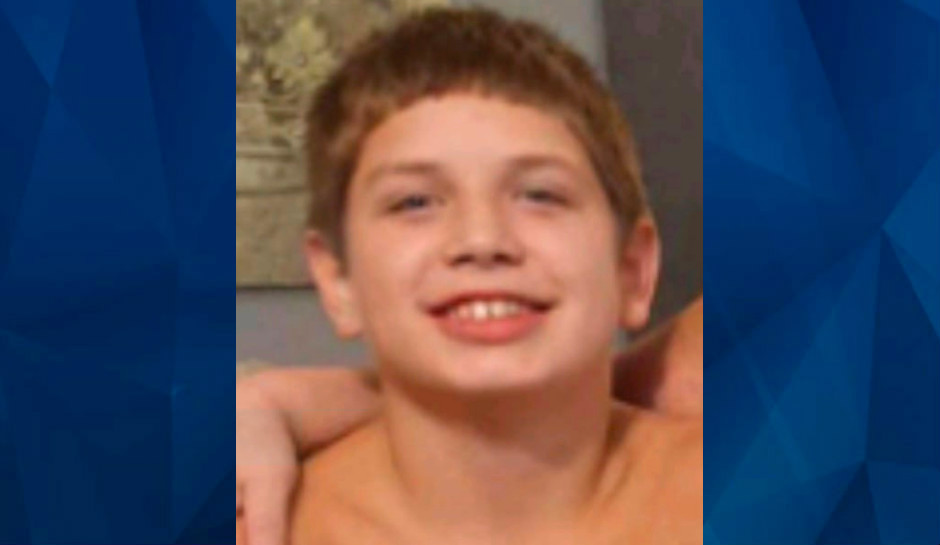 Update: A 13-year-old boy who vanished from his home in Gainesville, Florida, last week was found over the weekend in Clay County, and several people — including his grandparents — were arrested.

Tiffany Mejia was charged with interfering with custody after she allegedly took Ean Stephens to Clay County, and the boy’s grandparents, Tommy and Jamie Stephens, were jailed on child neglect charges after investigators learned Ean hadn’t been to school since second grade and spends his days unsupervised in the neighborhood, WCJB reported.

According to the arrest report, Ean can’t name the city where he lives and cannot read or write. He also told investigators that his grandparents would frequently “whoop” him..

Florida police are asking for help finding a 13-year-old boy last seen in Gainesville on Thursday.

Ean Stephens is described as 5 feet 4 inches tall and about 120 pounds with brown hair and blue eyes. He was last seen wearing a dark gray shirt, black shorts, and possibly black shoes in southwest Gainesville, not far from the University of Florida campus, the Gainesville Police Department said.

The Florida Department of Law Enforcement issued a Missing Child Alert on Friday.

Please share! This is an updated flyer for Ean Stephens missing from Gainesville since Thursday. If you have any information, please contact Gainesville Police Department or 911. pic.twitter.com/PHOCVhAo1T

A neighbor told WCJB that the missing boy is a “super friendly, nice kid.”

“Ean is a neighborhood kid, he’s a fixer in the neighborhood and we really miss him because he talks to everybody,” said Reverend Marvin Green. “ … We just miss Ean and we’re just asking the neighborhood to come together, please have concern and pray. Let’s bring Ean home wherever he is. We’re praying that he’s safe.”

Anyone with information on Ean’s location is asked to contact the Gainesville Police Department at 352-393-7500 or 911.