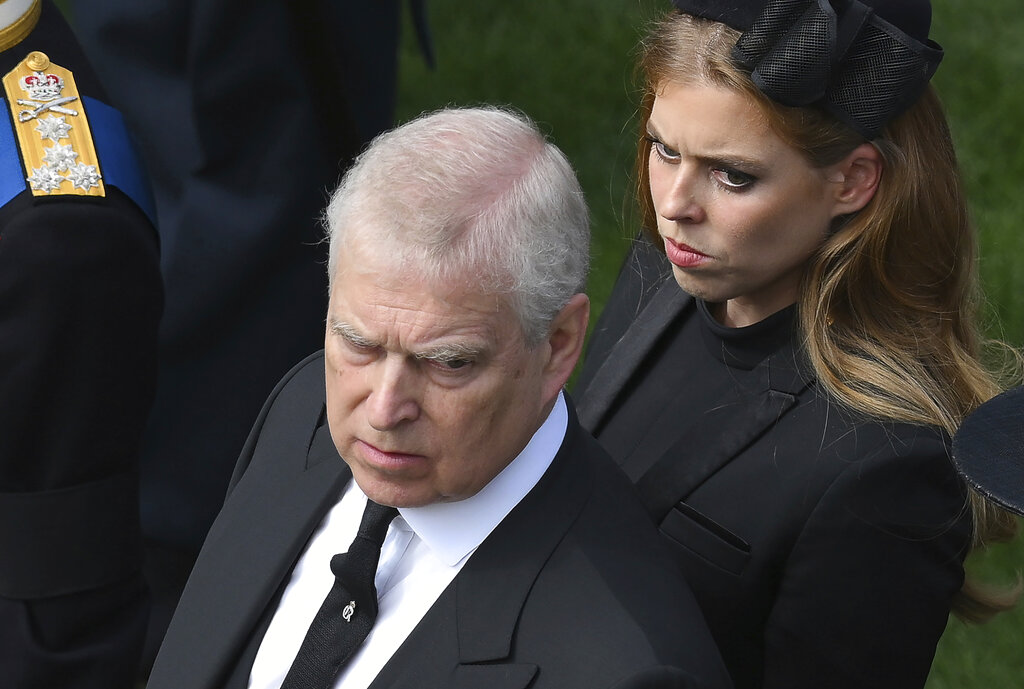 Prince Andrew has reportedly been exiled from Buckingham Palace, what is believed to be the latest punishment for his ties to underage sex traffickers Jeffrey Epstein and Ghislaine Maxwell.

King Charles has ordered that the 62-year-old Andrew will no longer be permitted to keep an office at the castle, which is the official headquarters of the royal family, according to The Sun.

Before her death, Queen Elizabeth had allowed Andrew to use the palace and operate with a staff, even after he stepped down from official royal duties in 2020.

That blessing is now revoked.

“Any presence at the Palace is officially over,” one unnamed source told The Sun. “The King has made it clear. He isn’t a working royal. He’s on his own.”

Virginia Giuffre alleged that Epstein and Maxwell forced her to have sex with Andrew when she was 17 years old. Andrew paid Giuffre $12 million to settle a lawsuit earlier this year, even though he has repeatedly denied the allegations.

The disgraced Andrew has been shed of his royal and military titles, and he was prevented from wearing his military uniforms at Queen Elizabeth’s funeral.

Andrew had previously held the position of one of the Grenadier Guards; that title, which Andrew reportedly revered, now belongs to Queen Consort Camilla.

Despite the public rebukes of Andrew, observers still expect him to attend Christmas dinner with the royal family. And for now, he can continue living at Royal Lodge, a mansion with 31 bedrooms in Windsor Park.

[Featured image: Britain’s Prince Andrew and Princess Beatrice look at pallbearers transferring the coffin of Queen Elizabeth II from the State Gun Carriage of the Royal Navy into the State Hearse at Wellington Arch in London, Monday Sept. 19, 2022. The Queen, who died aged 96 on Sept. 8, will be buried at Windsor alongside her late husband, Prince Philip, who died last year. (Daniel Leal/Pool Photo via AP)]