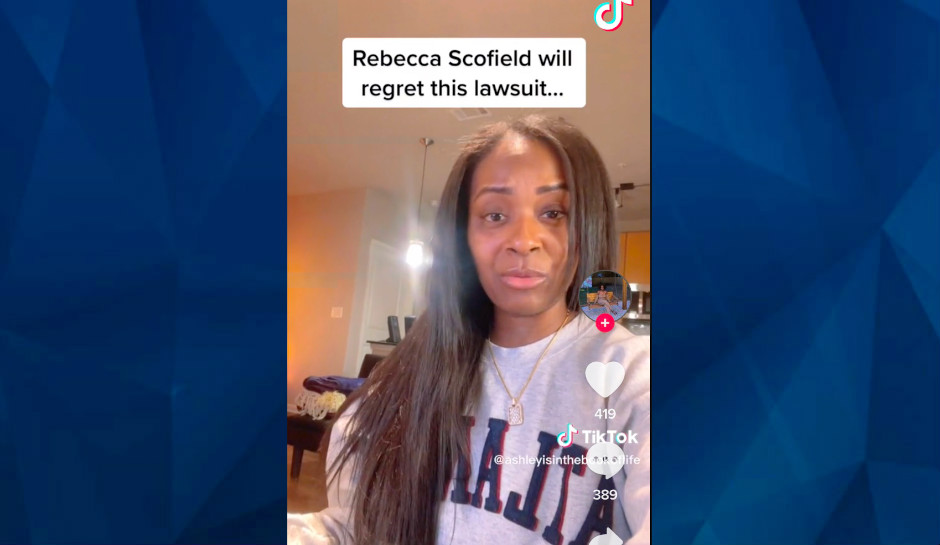 The chair of the University of Idaho history department has filed suit against a Texas-based TikTok sleuth who alleges that the professor killed the four students who were murdered in their off-campus home last month.

Rebecca Scofield charges Ashley Guillard — who claims she uses tarot cards and other readings to solve crimes online — with defamation in the lawsuit that was filed Wednesday, the University of Idaho Argonaut reported.

Days after the lawsuit was filed — and news organizations reported on the story — the Moscow Police Department commented.

“At this time in the investigation, detectives do not believe the female associate professor and chair of the history department at the University of Idaho suing a TikTok user for defamation is involved in this crime,” the department posted on Facebook on December 27. “The Moscow Police Department will not provide a statement about the ongoing civil process.”

According to the lawsuit, Guillard began making claims on November 24 and has posted more than six videos claiming Scofield was responsible for the murders of Kaylee Goncalves, Xana Kernodle, Madison Mogen, and Ethan Chapin on November 13. Guillard claims that Scofield was romantically involved with Goncalves, and she has continued to post videos in response to the lawsuit.

Scofield sent a cease-and-desist letter to Guillard on November 29 demanding that she stop making such videos and take down the ones she’s already made.

In the lawsuit, Scofield says she was in Portland, Oregon, with her husband visiting friends at the time of the murders and that none of the four slain students have ever taken a class with her. She also said she doesn’t recall ever meeting any of them.

Scofield claims reputational damage and significant emotional duress, the complaint says, according to the Idaho Statesman.

“She fears for her life and for the lives of her family members,” the complaint states. “She has incurred costs, including costs to install a security system and security cameras at her residence. She fears that Guillard’s false statements may motivate someone to cause harm to her or her family members.”

Guillard has “decided to use the community’s pain for her online self-promotion,” the lawsuit says.

The Statesman says that one video — with 2.5 million likes — “flat-out accuses Scofield of participating in the killings.”

Scofield’s attorney, Wendy J. Olson, told the Statesman that Guillard’s videos have not only created problems for the professor and her family, but they have also hindered the police investigation.

“These untrue statements … further compound the trauma that the families of the victims are experiencing and undermine law enforcement efforts to find the people responsible in order to provide answers to the families and the public,” she said in an email.

Scofield is seeking relief for the false statements and has asked for a jury trial in Idaho.

Moscow Police, who are investigating the murders, have repeatedly urged the public to stop pushing rumors and innuendos about the case, noting that they are being careful and deliberate about what information they release. But family members of the victims and members of the community have expressed frustration that no suspect has been named in the brutal killings.

Guillard has more than 100,000 followers on her TikTok account and claims to have solved the murders of rapper Takeoff, North Carolina businesswoman Shanquella Robinson, and internet personality Kevin Samuels.