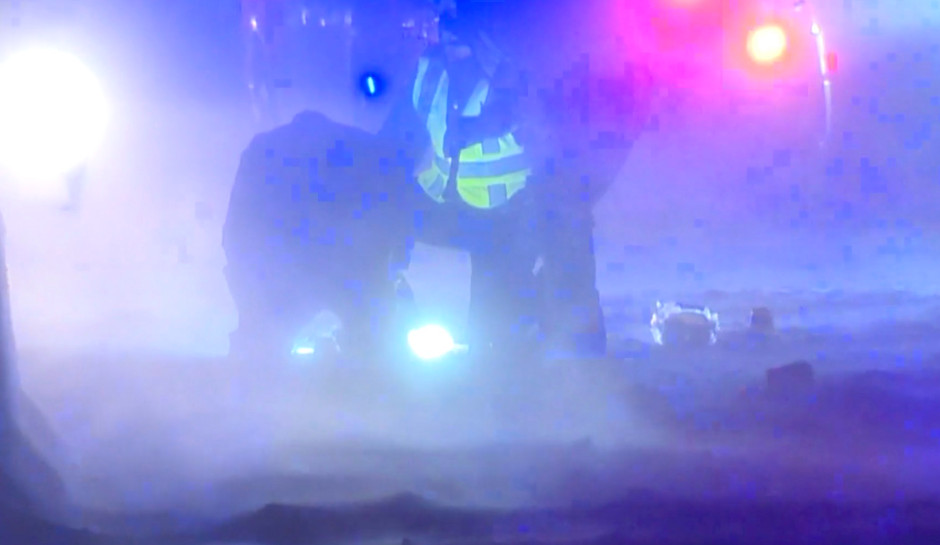 An Indiana man faces multiple charges after he shot his wife, walked out into frigid temperatures with their toddler daughter, and then shot a deputy who responded to the call.

WTHR reported that gusty winds put wind chills at 30 degrees below zero in Franklin County around the time Gregory Guilfoyle, 31, headed out with the 23-month-old girl.

State police said the two were sported shortly after midnight, and Franklin County Deputy Arin Bowers was dispatched to help.

But when Bowers tried to speak with Guilfoyle, the father pulled a handgun and fired. The bullet struck Bowers’ body armor, saving him from serious injury.

Bowers returned fire, seriously wounding him. The little girl was unharmed and taken into custody by the Indiana Department of Children’s Services.

After the shooting, officers went to Guilfoyle’s wife’s home, which was nearby, and found 23-year-old Hannah Guilfoyle shot. She was taken to the hospital in critical condition.

Both Guilfoyles remained hospitalized at UC Medical Center on Monday.

Gregory Guilfoyle has been charged with two counts of attempted murder and one count of neglect of a dependent.

Bowers was placed on administrataive leave pending the investigation into the officer-involved shooting, the sheriff’s office said.