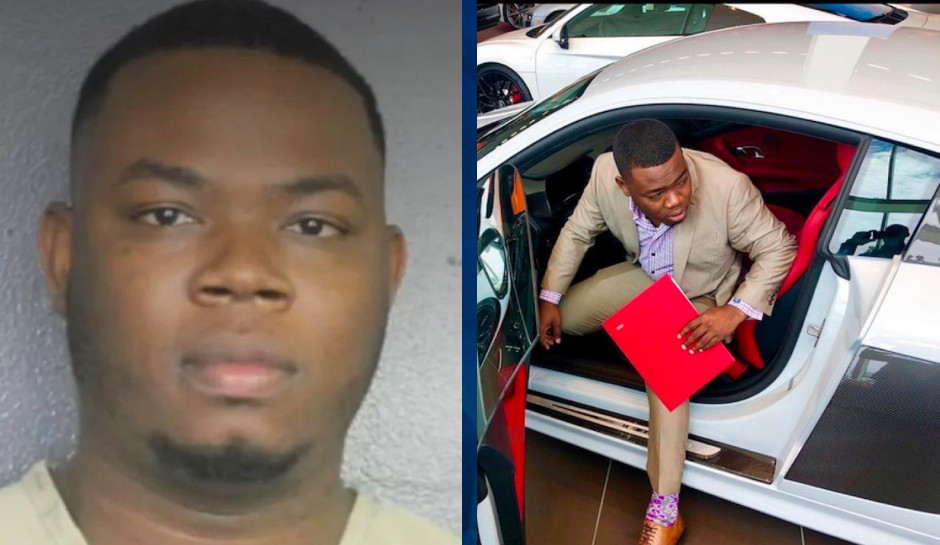 A Florida man has been convicted of fraudulently obtaining more than $2 million in pandemic relief funds, which he used to buy a Lamborghini, Rolex and Hublot watches, and designer clothing from Louis Vuitton, Bucci, and Chanel.

Valesky Barosy, 27, posted photos of his extravagant purchases on his Instagram account — which he called “@your_favorite_entrepeneur — to brag about “his success as an entrepreneur,” according to the US Justice Department.

Barosy submitted dozens of applications under the COVID-19 Paycheck Protection Program on behalf of himself and accomplices, who paid him a 20 to 30 percent kickback for a successful application.

In one text message, he wrote that his greatest success was his ability to “max out ppp. I do them very good,” prosecutors said.

Thee PPP was set up to provide qualifying small businesses and other organizations with loans that mature in two years with an interest rate of 1%. PPP loans were required to be used on payroll costs, interest on mortgages, rent, and utilities and allowed the interest and principal on the loan to be forgiven if the business spends the loan proceeds on these expense items within a designated period of time.

The Attorney General established the COVID-19 Fraud Enforcement Task Force to pursue cases like Barosy’s after it became obvious that many people were taking advantage of the program.

Barosy was indicted a year ago, charged with five counts of wire fraud, three counts of money laundering, and one count of aggravated identity theft. Sentencing is set for February 23, 2023.  He is facing at least two years and up to 132 years in prison, as well as restitution and forfeiture of the loan proceeds.