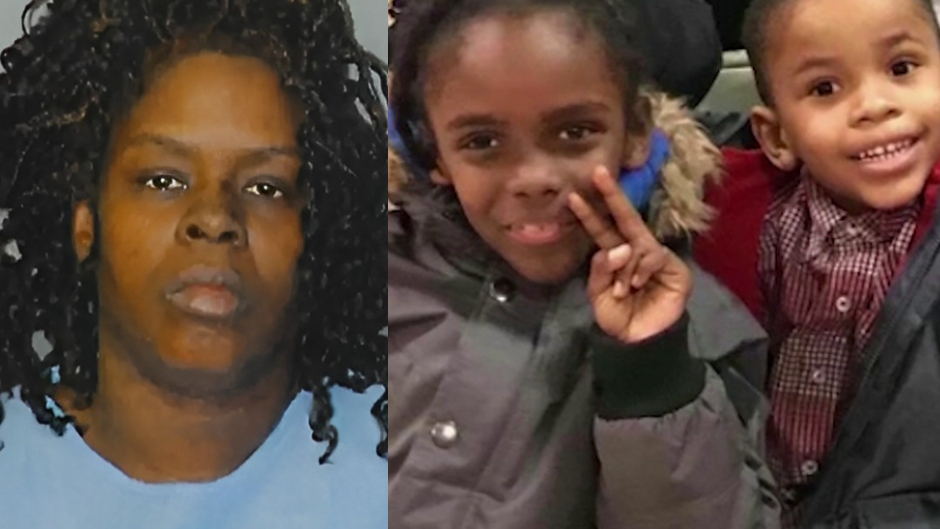 A Massachusetts woman was sentenced on Wednesday to life in prison for murdering her two sons in 2018.

On Tuesday, Latarsha Sanders, 48, was convicted of the first-degree murders of her sons, Edson and La’Son Brito, ages 8 and 5, whom she stabbed to death in their Brockton home. The Boston Globe reported that Sanders previously confessed to killing them with a kitchen knife before placing their bodies in bed and cleaning up the crime scene.

According to WCVB, Sanders also claimed she attacked Edson with a knife as part of a Voodoo ritual but failed to kill him, so she then attacked her younger son. Autopsies indicated Edson was stabbed almost 80 times, while La’Son suffered more than 20 stab wounds.

After asking a neighbor to call 911, Sanders was distraught and was combative towards first responders who later found the two boys wrapped in bedding in their home. The Boston Herald reported that state police recovered the murder weapon from a sink.

According to the Boston Globe, Sanders’ mother told police that Sanders had become obsessed with the Illuminati and ritualistic sacrifices before the slayings. The mother allegedly stated that she believed Sanders had a mental illness, but she refused to seek treatment.

Sanders was also sentenced to 9 to 10 years for witness intimidation. That sentence will run concurrently with the two mandatory life sentences. She is not eligible for parole.