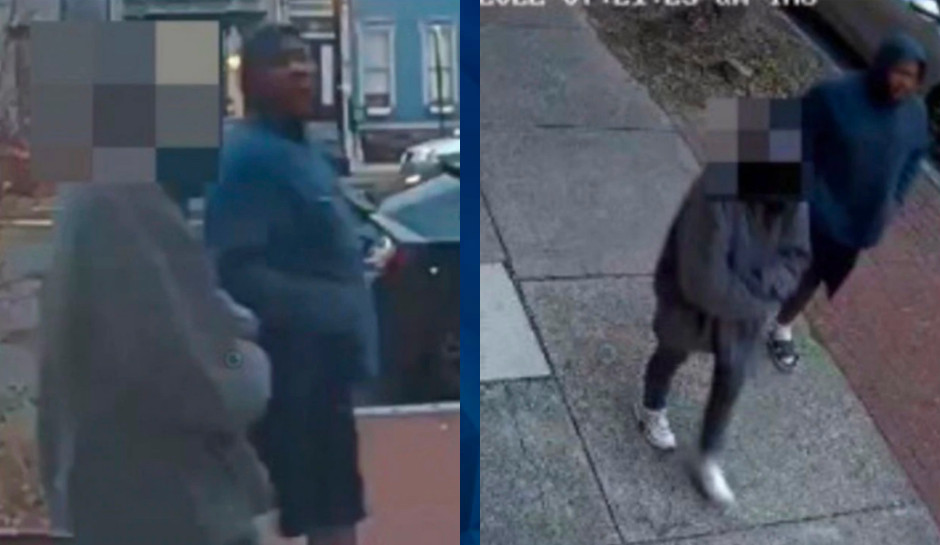 Investigators in Pennsylvania’s capital are looking for a person of interest in the murder of a woman found dead last week in a city park along the Susquehanna River.

Police have not released the name of the woman, who died of “traumatic injuries” and was found shortly before noon on December 22 in Harrisburg’s Sunken Gardens park, PennLive reports.

Detectives released surveillance footage showing from earlier that morning showing the woman walking with a man wearing a dark blue hoodie, blue shorts, and sandals and are seeking information about his identity.

The Sunken Gardens park is relatively secluded, cut into the river’s embankment and surrounded by hedges. The body was found in front of a set of doors on the north end of the park that provides access to Capital Region Water utility’s equipment. The park can only be accessed from the sidewalk along the river.

Harrisburg Police Lt. Kyle Gautsch confirmed that the woman’s death has been ruled a homicide and said the death does not appear to be random.

“We believe they were somewhat acquainted,” he said. “The type of relationship and acquaintance level is under investigation, but I can say it was not random. They did know each other in some form or fashion, and the extent is still under investigation.”

Anyone with information should contact the Harrisburg Police at 717-558-6900 or submit a tip through Crimewatch. A reward from Crime Stoppers may be availabley.