Police arrested a man in Pennsylvania, reportedly in connection with the University of Idaho slayings last month that left four students dead.

A 28-year-old person of interest is in custody in Monroe County. According to what independent sources told the outlet, he was arraigned Friday morning in front of a Monroe County judge. According to ABC 6, the man has been identified as Bryan Kohberger. 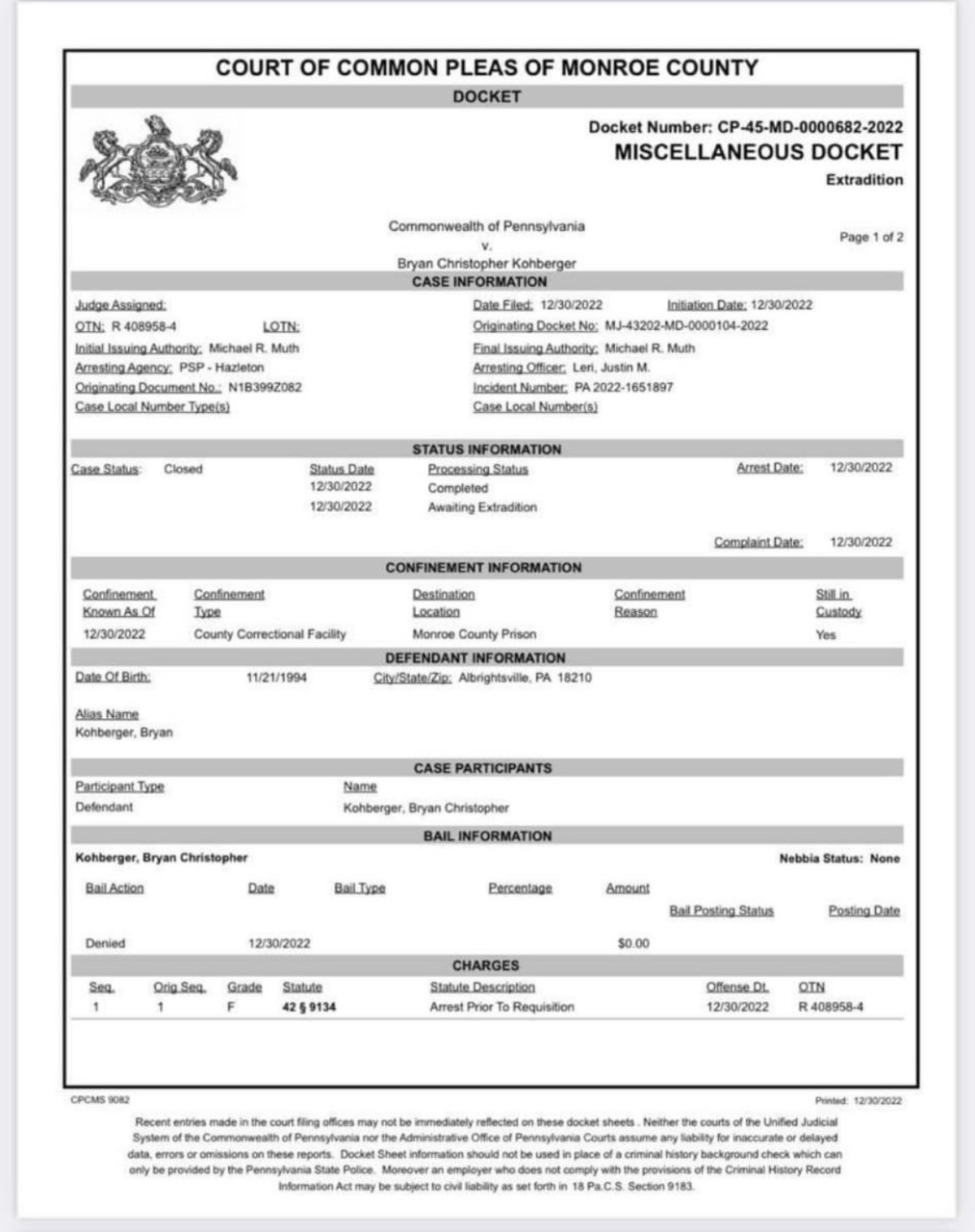 Online records indicate Kohberger is not a student at the University of Idaho but does attend college as a criminal justice graduate student at Washington State University.

Police took him into custody at around 3 a.m. Friday in Scranton, Pennsylvania. The judge later ordered his extradition to Idaho.

NBC New York reports that police also seized a white Hyundai Elantra in connection to the case. The vehicle was found at the home where police arrested the suspect.

AP News reports that “according to paperwork filed in Monroe County Court,” the suspect has been charged with first-degree murder in connection with the slayings.

Idaho authorities have scheduled a press conference for 1 p.m. PST, when more information is expected to be provided. Check back for updates.

Until the latest development in Pennsylvania, no suspects had been named or apprehended.