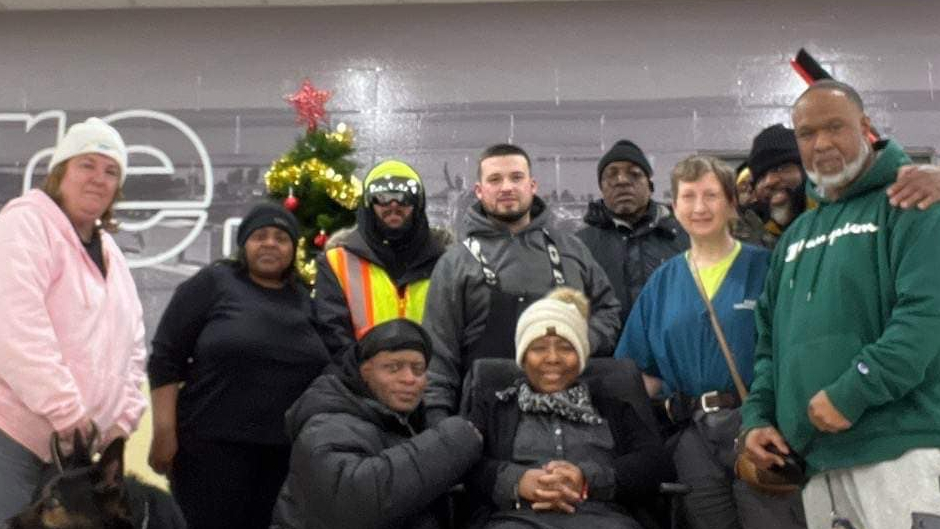 A New York man is credited with saving dozens of lives by breaking into a school and seeking shelter for himself and others during last week’s blizzard.

On December 23, Jay Withey reportedly broke a window at Pine Hill School in Cheektowaga, after spending sleeping in his stalled truck with two strangers who had also become stranded. He told WBEN that he offered residents $500 to let him sleep on his floor, but they declined, leading him to spot the nearby school.

While on the trek, Jay and the other two people he was with located other motorists stuck during the blizzard. The group of 25 — including Withey and seven senior citizens — made their way to the school, where Withey gained entry by breaking a window that he later repaired with duct tape.

According to WBEN, Withey used a table leg to open the cafeteria and kitchen. He claimed he found a freezer full of food but only took what was needed.

By Christmas Day, Withey and the group were safe to leave. Withey reportedly discovered a snowblower that he used to free their vehicles.

Cheektowaga police were alerted to the broken window, but they did not immediately respond to the school. When they did, they discovered a note by Withey in which he apologized for breaking the window.

“I’m terribly sorry about breaking the school window…..I had to do it to save everyone,” the note included. “Merry Christmas,” the note read.

Cheektowaga police said Withey will not face criminal charges, as surveillance video showed him breaking into the school to seek shelter. In a post, the police department said they have located Withey and the chief was “able to speak to him and express our gratitude for his heroic actions.”