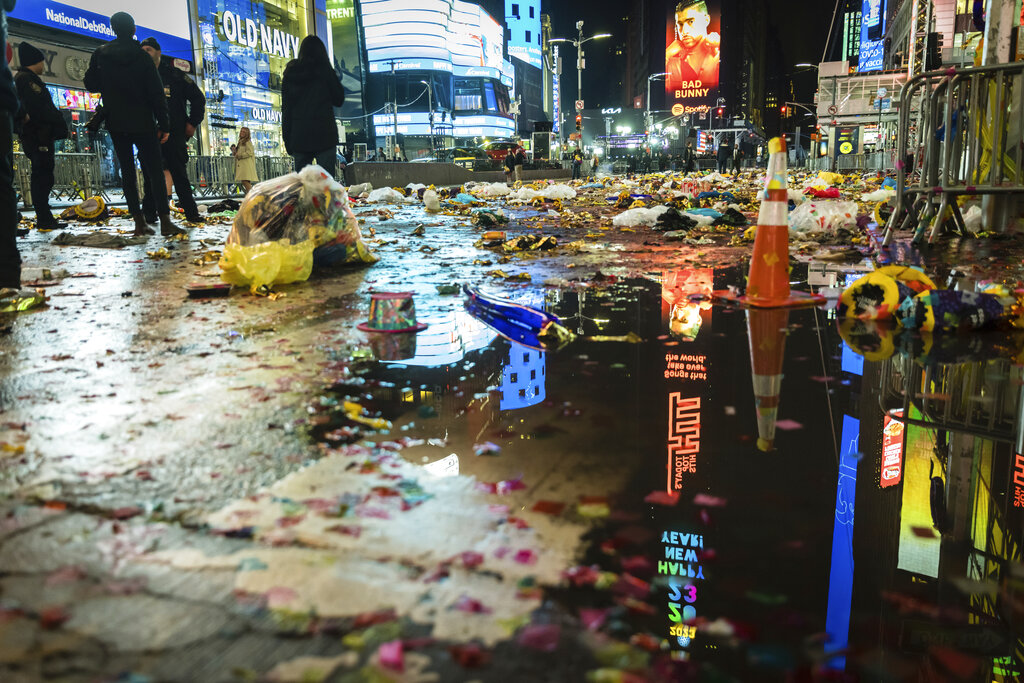 Investigators say the 19-year-old assailant approached the officers outside a high-security perimeter around 9:30 p.m. Saturday, shortly before the annual ball drop in New York City. The attacker left two officers with head injuries before he was shot in the shoulder by police.

One of the injured officers has been on the force for eight years, and the other injured officer was working his first day on the job, the New York Post reports.

The rookie officer had just graduated Friday and was posted at West 52nd Street and 8th Avenue at the time of the incident, outside the screening zone for weapons.

Officials said the attacker used the machete to slash the rookie cop, identified by New York City Mayor Eric Adams as “Paul,” whose injuries entailed a large cut and a skull fracture.

Adams visited the injured officers at the hospital and shared with the press what he told one of them.

“He understood that his role saved lives of New Yorkers today,” Adams told reporters at an early Sunday press conference, according to NBC News.

All the officers were in stable condition and are expected to be OK.

Authorities, including the FBI’s Joint Terrorism Task Force, are investigating what motivated the attack. Adams told reporters that the violence was “unprovoked,” according to the Post. Meanwhile, unnamed sources told NBC News that law enforcement is examining whether the attacker posted what the sources called “jihadist writings” on social media.

The suspect had been known to law enforcement because of his social media posts, but he did not have a criminal record, according to NBC News. Although authorities have not officially identified the attacker, NBC News identified him as Trevor Bickford of Wells, Maine, citing four unnamed senior law enforcement sources.

Moments after the attack, another officer was struck by a police car while attempting to move barricades at the scene, so responding officers could detain the assailant, according to the Post.

About 45 minutes before the machete attack, a man was stabbed in the neck with scissors in Times Square. Hours earlier, someone was stabbed multiple times near West 40th Street and Seventh Avenue.