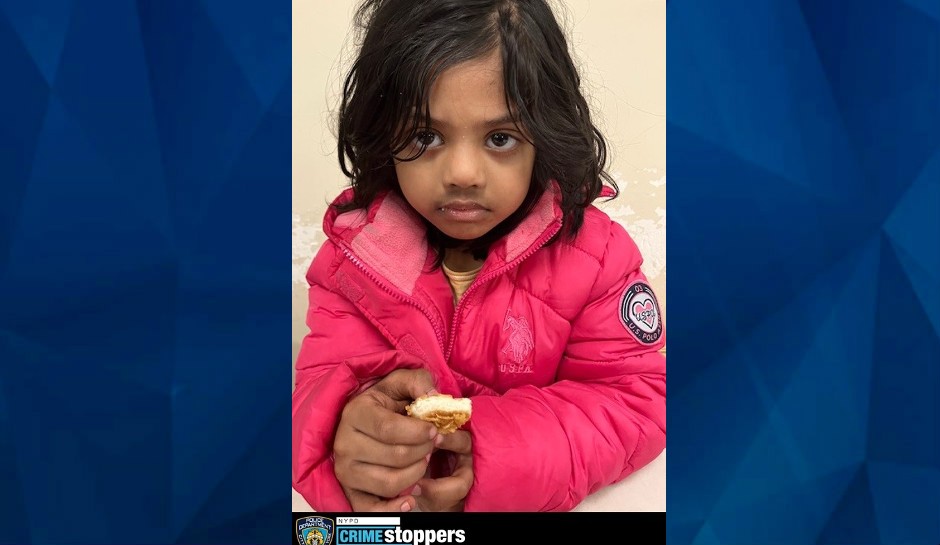 New York authorities are searching for the parent or guardian of a young girl found walking alone on Saturday night, WPIX-TV reports.

The unidentified child was seen around 6:25 p.m. at 1208 Leland Avenue near Gleason Avenue in the Bronx.

“She was observed walking by herself,” an NYPD spokeswoman said, according to the New York Post.

The girl, who is believed to be 4 to 6 years old, was taken to Jacobi Hospital for an examination, WABC-TV reports. She has dark hair and dark eyes, according to Norwood News.

“She was found wearing a pink jacket and brown tights with a unicorn design,” the police department wrote in a news release issued early Sunday, according to the Post.

Tips can also be submitted online at https://crimestoppers.nypdonline.org/ or via Twitter at @NYPDTips.

In June, a good Samaritan found a 2-year-old boy barefoot, crying and wandering alone around 11 p.m. near a street corner in the Bronx, according to the New York Daily News. The child was later reunited with his family at 8 a.m. the following morning after his parents called 911.

Investigators believe the child had gotten out of the family’s home because a door was accidentally left open. The child was also evaluated at a hospital after being found and in good health, CBS News reports.

The boy’s family members were not expected to be criminally charged in connection with the incident, according to NY1.