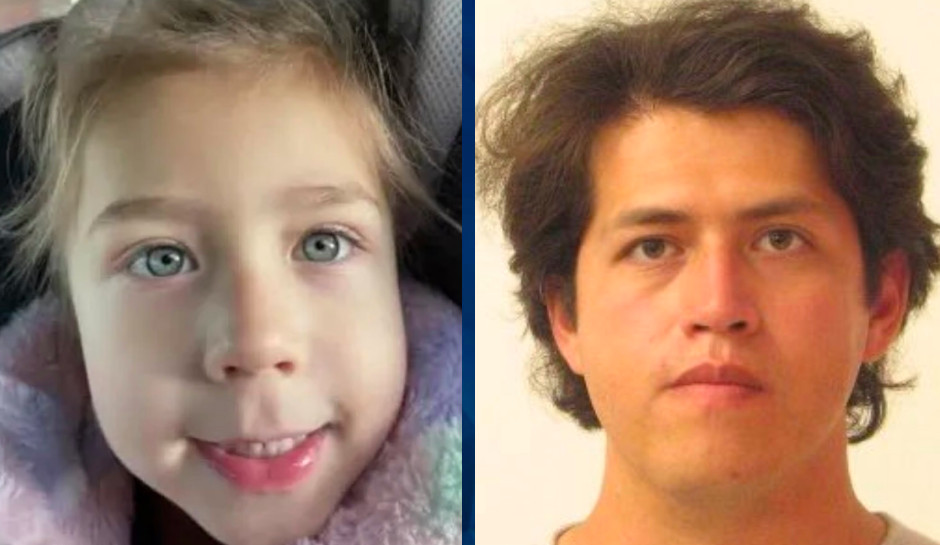 Police in California are looking for a toddler they believe was been abducted by her father, who may be seeking to cross the border Mexico with the 3-year-old.

Andrea Flores is described as 3 feet tall and weighing 36 pounds. She has blue eyes and brown braided hair, according to the San Mateo County Sheriff’s Office.

Her father, 33-year-old Victor Flores Enriquez, is described as having brown hair and hazel eyes. He was last seen wearing a blue T-shirt and jeans, the sheriff’s office said.

The little girl was last seen in Millabrae, a city adjacent to San Francisco International Airport.

Anyone with information is asked to call 911.