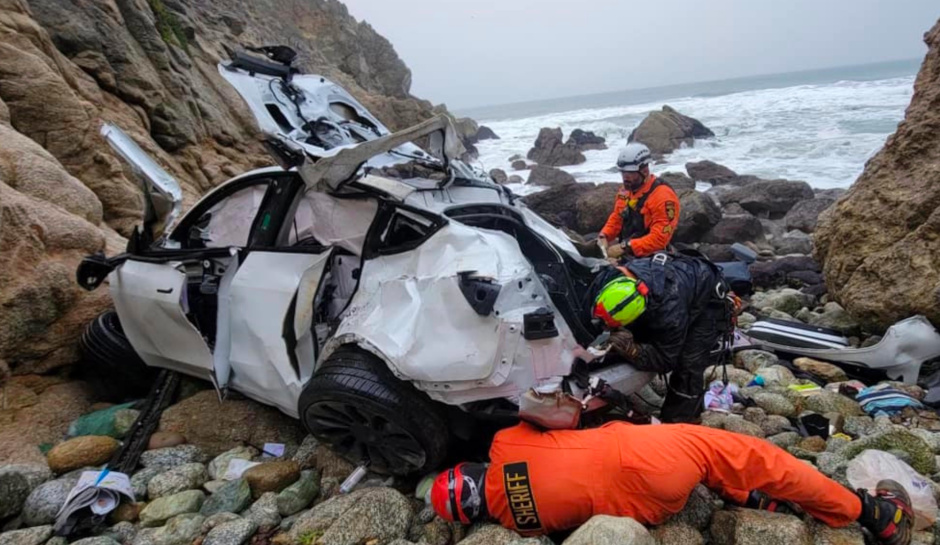 A California radiologist has been charged with attempted murder and child abuse after he allegedly drove off a 250-foot cliff  with two children and a woman inside the vehicle.

All four people in the car survived the crash, with Cal Fire battalion chief Brian Pottenger calling it “an absolute miracle,” the Associated Press said.

“CHP investigators worked throughout the night interviewing witnesses and gathering evidence from the scene,” a highway patrol statement said. “Based on the evidence collected, investigators developed probable cause to believe this incident was an intentional act.”

Dharmesh A. Patel, 42, will be booked on the charges when he’s released from the hospital, the California Highway Patrol said. Investigators didn’t say if the woman and children were related to Patel, but a statement from Providence Holy Cross Medical Center, where he worked, said it as “deeply saddened to learn of a traffic incident involving one of our physicians and his family.”

The woman and children were identified only by their ages; the woman is 42, and the children are a 7-year-old girl and a 5-year-old boy.

Investigators said Patel’s Tesla plunged off the road at Devil’s Slide, a notorious area about 15 miles south of San Francisco known for fatal accidents. There was no guardrail at the spot where Patel left the road.

“We go there all the time for cars over the cliff and they never live. This was an absolute miracle,” Pottenger said.

All four people in the car were listed in critical condition but all were alert and speaking with rescuers when they arrived shortly after 10 a.m. on Monday.

The car apparently flipped several times on its way down the rocky cliff, Pottenger said, and wedged itself into an outcropping just above the surf. The rescue took several hours as crews battled rain, heavy winds, waves, and slick surfaces. Firefighters had to use the “jaws of life” tools to cut the victims out of the smashed vehicle.

They pulled the children out of the back window, Pottenger said, lifting them up the side of the cliff in a rescue basket using a rope system. The adults were hoisted up by helicopter and flown to a hospital.