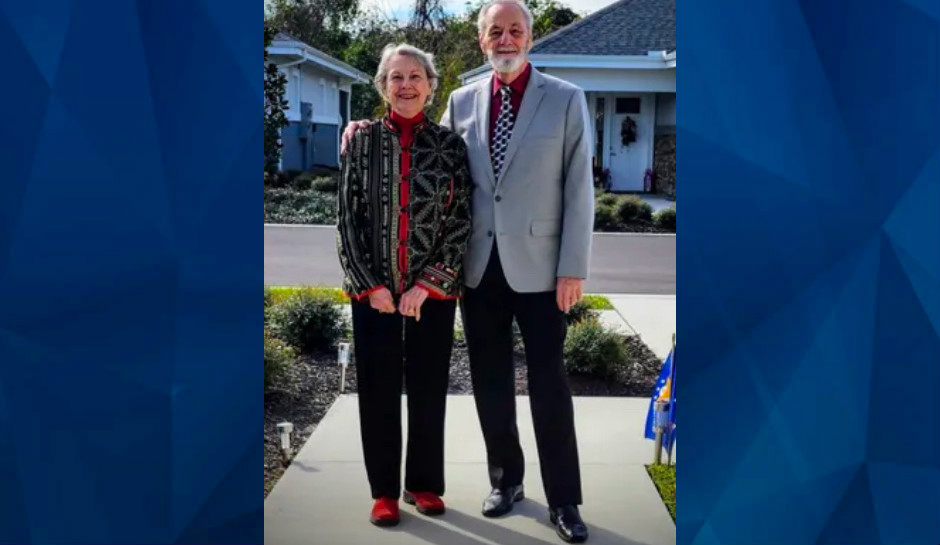 Elderly Couple Murdered at Senior Living Facility, Person of Interest Located Out of State in Their Car

A woman suspected of involvement in the murders of a Florida couple at a senior living facility over the weekend has been arrested out of state.

Mount Dora Interim Police Chief Mike Gibson did not release the woman’s identity or where she was arrested but said she would be returned to Florida shortly, according to WOFL.

The woman was apparently located when police in the unnamed state spotted her driving a green Kia Soul belonging to Sharon and Darryl Getman, the couple who was found dead on Saturday at Watterman Village in Mount Dora. The Soul was reported stolen after the Getmans were found dead.

Police said the woman, who was “dressed in a particular way,” was first seen near the property at about 3 p.m. on Friday when security escorted her off. More than an hour later, she was seen on security video wearing the same clothing, which Gibson said was “very unique.”

Then, shortly before 11 p.m., the woman knocked on the door of an apartment and asked the tenant if she could take a shower. That tenant panicked and pushed her alarm button. The uniquely dressed woman grabbed a set of keys near the apartment’s front door and fled.

Police and security responded to the alarm and checked the area, but they were unable to locate the woman.

About three hours later, the Soul was seen on video leaving the apartment complex. The woman returned 10 minutes later, on foot, but a security guard refused to let her in. Officers followed her off the property but lost sight of her.

On Saturday afternoon, the Getmans — Sharon, 80, and Darryl, 83 — were found dead. Police have not released a cause of manner of death, but they did describe the crime as “heinous.”

Gibson said his department got a call on Monday saying that the Getmans’ vehicle had been found and the woman driving it — the same woman from the security incidents over the weekend — was charged with vehicle theft.